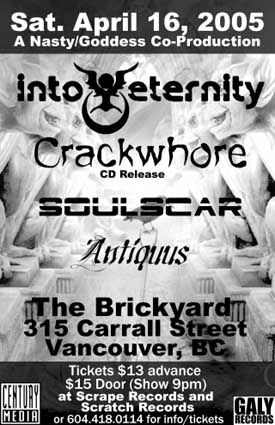 Yearning for the end has been a lingering theme for poets’ time immemorial. Artists have a unique position in the public eye; their art reminds you that you are not alone in the bleakness of your feelings. To combine the effects of the word with melody and rhythm can impart a deeper sense of community and bring a keener understanding of the human... more info

Crackwhore was conceived in 2004 by like minded musicians seeking to corrupt the deathmetal genre with cracked out song structures and promiscuously vulgar rhythms. The band worked fast. They played 13 shows throughout western Canada, recorded a 13 song album entitled 'Inner Piece', and disbanded in just over a year. The album continued to make wav... more info 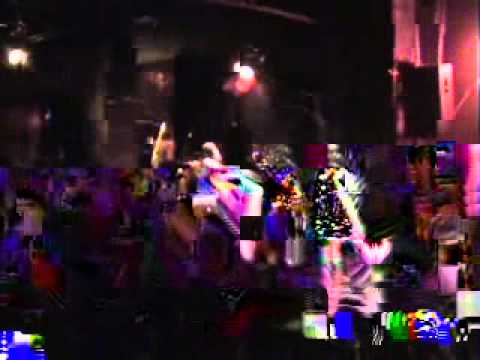 "...a near indescribable pageant of very heavy power metal reminiscent in magnetism to Slough Feg or Hammers Of Misfortune. Not since the first three Fates Warnings albums has progression and doom and proto-power met so forcefully..." - Martin Popoff, BW&BK Magazine. more info
Submit info on this show to our admins