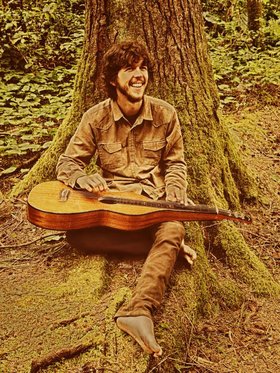 Event Archive - The one and only -: Jason Lowe

Jason Lowe is one of a kind.

The 24 year old painter and composer, originally from Jan Juc Australia, has been residing in Canada for a year and a half performing 90 shows across British Columbia and making an indelible mark on the west coast scene.

After living in Vancouver from June 2012 and performing regularly in such venues as “Café Deux Soleils” where as a home-stone venue he grew a loyal and loving fan base, Jason relocated in November to Victoria, and since has forged a profound renown and great acclaim performing consistently in such iconic venues as “Victoria House Concert B” “Hermann’s Jazz Club” “The Breakwater Bistro” “The Norway House” “The Cornerstone Café” “The Duncan Garage Showroom” and a Sold out show at “The Solstice Café” with his close friend, the stellar Adam Dobres.

So great has been his impact on the island scene that he was chosen to perform at this years “Rifflandia Festival” a great honor for the young musician.

Jason’s live shows are an experience like no other, and embody an emotion, poetic and musical power, and wisdom that have been likened only to such greats as his heroes Joni Mitchell and Neil Young.

His astounding abilities both as a composer and performer, as well as his prodigious skills on the lap slide guitar and acoustic guitars, vocals and harmonica, are mesmerizing and awe inspiring.

With supports for the likes of Dan Mangan and Oliver Swain, and performing back to back years at Australia’s prestigious “East Coast Blues and Roots Festival” alongside such artists such as John Fogerty, Don Maclean, Xavier Rudd and John Butler just to name a few, and receiving national airplay on Australia’s Triple J radio and Canada’s CBC network, the years ahead are no doubt going to prove monumental for this astounding young artist.

Excerpt from the album:

"This album was born from a time of wandering solitude in lands afar, and of time spent in soul companion company. Recorded mostly within the walls of a house nestled in the native Victorian bush, upon a hill up a long red dirt road.
These songs are of nature, of adventure and destiny, of longing and separation, and of the immense earthly destruction that plagues our time. A time that healing will make, or continued injustice and ignorance will break.
But most of all, these songs are of love, the core essence in every one of them. For the songs that speak of darkness come from the love of light.
I hope you enjoy them." http://www.jasonlowe.bandcamp.com (For all full album listening/downloads) http://www.jasonlowemusic.com (For all show dates and info etc)

JASON IS A PROUD ENDORSEE OF K&K PICKUPS USA.

other sites: | jasonlowemusic
Jason Lowe: Biography… Jason Lowe is somewhat a beacon of hope for not only our Earth, but for a tradition of music that stems from the purest of springs. Like his influences such as Joni Mitchell and Neil Young and the great composers and poets of times past, Jason Lowe, the 24year old composer from Jan Juc Australia, walks his own in... more info
Audio: Sails of Shimmer, When a River Parts
Videos: