JFK Productions and Northern Electric are pleased to present the Rock ‘N’ Ro...

Electronic Music from Sault Ste Marie Ontario
since circa -2014

Gracing the historic stage in a rare performance, Vancouver’s first punk band the Furies (Chris Arnett (the Shades), Taylor Little (the Shades, Payolas) and John Werner) played their first show in ’77 (one of only nine!), which served as inspiration for many of the musicians they’ll be sharing the stage with to create seminal punk bands of their own. Veterans of the music scene, the Furies are living history.

The Furniture is self-described as “pop music made in a dirty garage; imagine if the Pixies were to jam with Nirvana.” The band features the Railway Club’s own Johnny Wildkat (Mongoose, Tiger Prawn, D. Trevlon Band), Lana Ryma (LanaLou’s) and Aramis Starfish. With undeniable style, strong melodies and indie rock sensibilities, the Furniture is the future of pop. 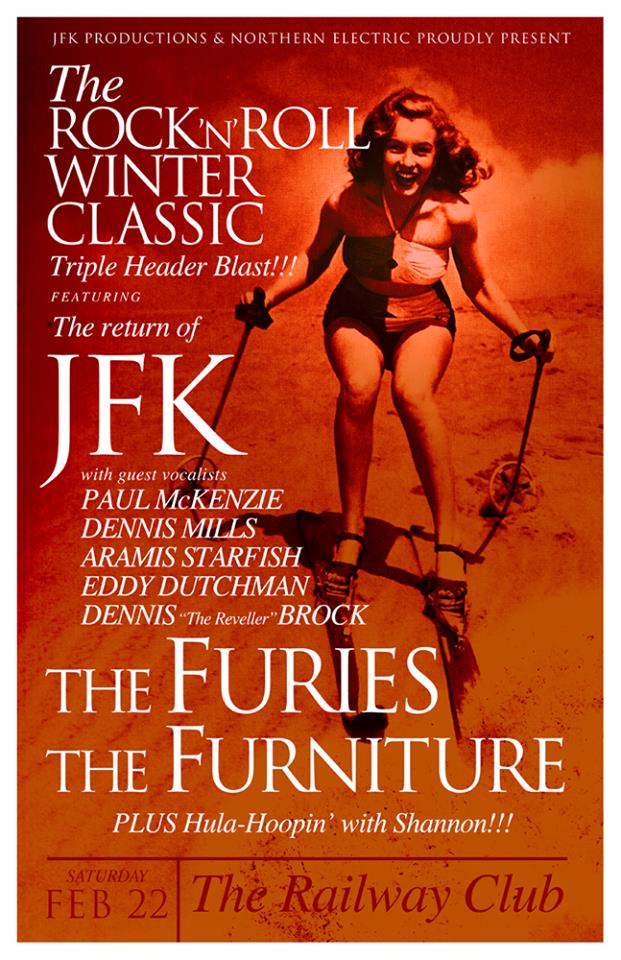