Tickets 15$ (advance/online) and 20$ at the door.
Tickets available online at olivierclements.com.

After a year of composing, six months of editing, mixing and mastering, Dissonant Histories is finally set to release it's debut album. The self titled album will be available online (www.dissonanthistories.com) and in select stores February 18th.

DISSONANT HISTORIES is an octet of clashing, dismembered musical styles.  Recklessly colliding jazz, hiphop, indie rock and classical music, the ensemble creates a voiceless entity that laments its tormented past.

DISSONANT HISTORIES is an idea by Olivier Clements.

-Gord Clements-
With over 30 years of dedication to the music and educational community, it’s hard to talk jazz in Victoria without mentioning Gord. As well as being a virtuosic multi-instrumentalist, Clements has also released has six critically acclaimed albums as a leader.

-Hans Verhoeven-
After establishing himself as one of Montnréal’s top drummers, Verhoeven has performed with such artists as Kevin Dean, Oscar Stagnaro, Brandi Disterheft, Hugh Fraser, PJ Perry and Phil Dwyer.

-Mark Wilson-
Wilson is one of Victoria’s most in demand trombone session musicians. Performances incude the Victoria Symphony Orchestra, the Calgary Philharmonic, the Calgary Stampede Grandstand Band, and The Monday Night Big Band.

-Thomas Kinzel-
Producer and pianist, Kinzel has made himself into one of Victoria’s most in demand perfomers. Collaborations include Paul Wainwright, David Foster and Kristina Hélène.

-Tim Croft-
A busy freelancing bass player, Croft has performed with the Vancouver Island Orchestra, the Red Hot Swing Set, and the Capitol City Syncopators as well as being a full time faculty member of the VCM and L'École Brodeur.
Physical tickets at: www.OlivierClements.com, olivierclements.bandcamp.com/merch 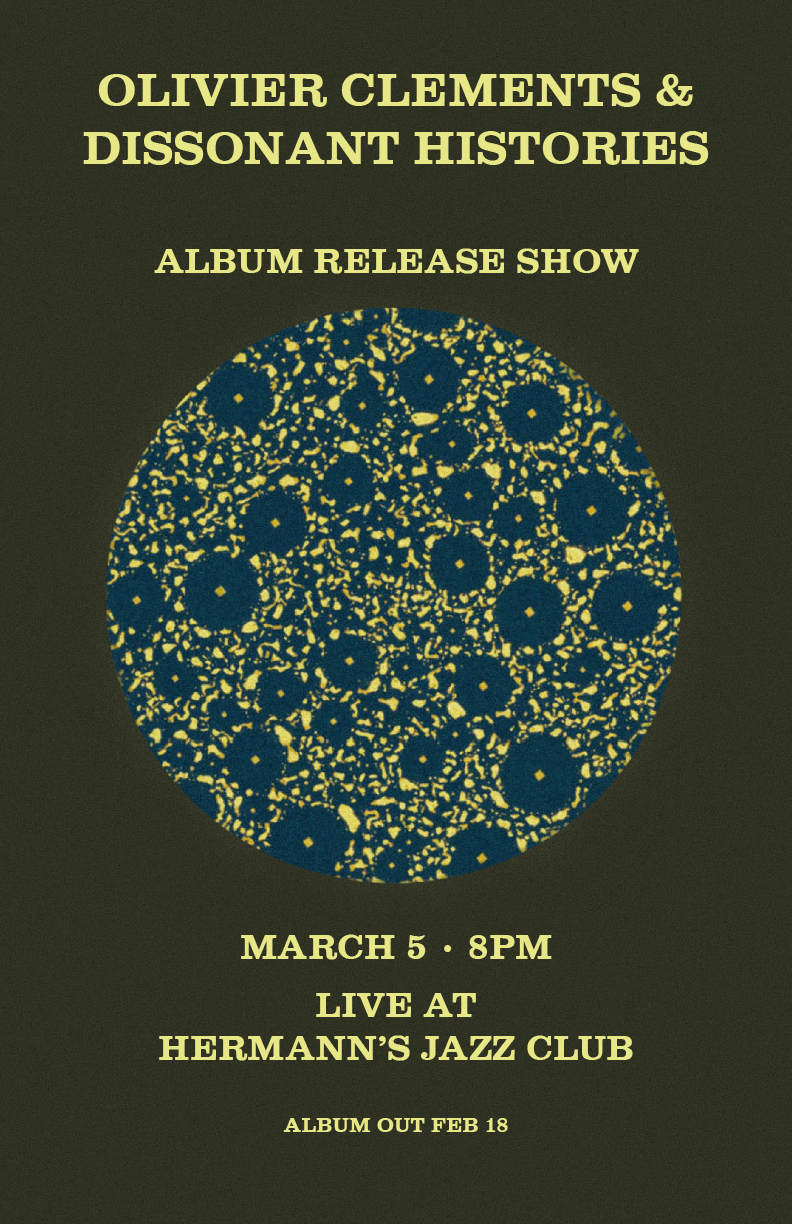