Taylor Caspersen is a young, Sooke local musician who has been playing guitar fo...

Taylor Caspersen is a young, Sooke local musician who has been playing guitar for six years. Taylor started his journey with music when he was only four in a percussion ensemble raising money for those fighting leukemia. Taylor continued performing in elementary school when he would sign up for every talent show. When Taylor was only ten, he auditioned for a school rock band as a guitar player. His love for stringed instruments never ended after this point. His first guitar was bought by his sister for his birthday, however the guitar he learned to play on was bought at a flea market sale for ten dollars. After learning to play, singing came naturally for Taylor. Taylor started at the Farmer’s Daughter open stage shows, with host Dave Gallant.
At age 14, Taylor participated in Sooke Harbour Player’s production of Joseph and the Amazing Technicolor Dreamcoat as Levi, the third brother of Joseph. Taylor continued with Sooke Harbour Players when he served as a director at large for 2 years. When the Harbour Players announced auditions for the Gilbert and Sullivan classic - Pirates of Penzance - Taylor auditioned with no idea what was ahead of him. The production was an amazing experience and he met many local performers, including John Mason. When Taylor was announced to play at the Pheonix Concert for the Sooke Dance Studios, John contacted Taylor with a proposal to join forces for one show.
Taylor has worked with many local Sooke musicians, like Dave Gallant, Gary Blaine, Sherie Welsford, Katrina Kadoski, Zachary Doeding and Gord Phillips. Taylor is inspired by Jeff Lynne (Electric Light Orchestra), Tom Petty (Tom Petty and the Heartbreakers), Bob Dylan and Chuck Berry. The Project’s music taste is mainly on classic rock, blues, glimpses of progressive rock, and includes acoustic undertones.
The Taylor Caspersen Project (or TCP) was a self formed project and the name was given by the photos posted to Facebook. John introduced Taylor to Steve Mullen, a local drummer and songwriter.
A passionate music lover, John Mason has always been a dedicated listener but the itch to play and perform could no longer be held back once he moved to Sooke. Blame it on the strong arts culture found in Sooke or his mid-life crisis, John took up acoustic guitar about six years ago and turned his focus to the electric bass about 8 months ago. “I realized one day while listening and driving that I was paying more attention to the bass than the guitar so I thought I should try it and since discovered it's where I belong in the mix”
John is an active community member with a brief stint in the Coast Guard, he volunteered for the Sooke Folk Music Society for three years and proudly served as president for two years. He has also been a pirate in the Sooke Harbour Players production of “Pirates of Penzance” and played the double lead in “Wake Me When I'm Dead” as well as serving on the board of directors for a short time until he decided to put all his focus into performing.
Steve Mullen began his music debut playing on pots and pans at the age of three. With high school music experiences including concert band, marching band, and jazz band, Steve has had percussion in his blood from a young age. Steve enjoys writing and playing music with and for his family including James, Sarah, Jessica (10,7 and 5) and his musically supportive wife Jennifer in Sooke, where he has enjoyed the music of the ocean for six years.
Although Steve has been exposed to some great artist through music, including Tom Petty, Nelly Furtado, Tina Turner and Marilyn Manson, he is most excited about the new project, TCP. "I have never been part of something so organic, fun and natural. I feel like a kid again"

Blues, Classic Rock, and Folk from Sooke BC
Available but Seeking Musicians 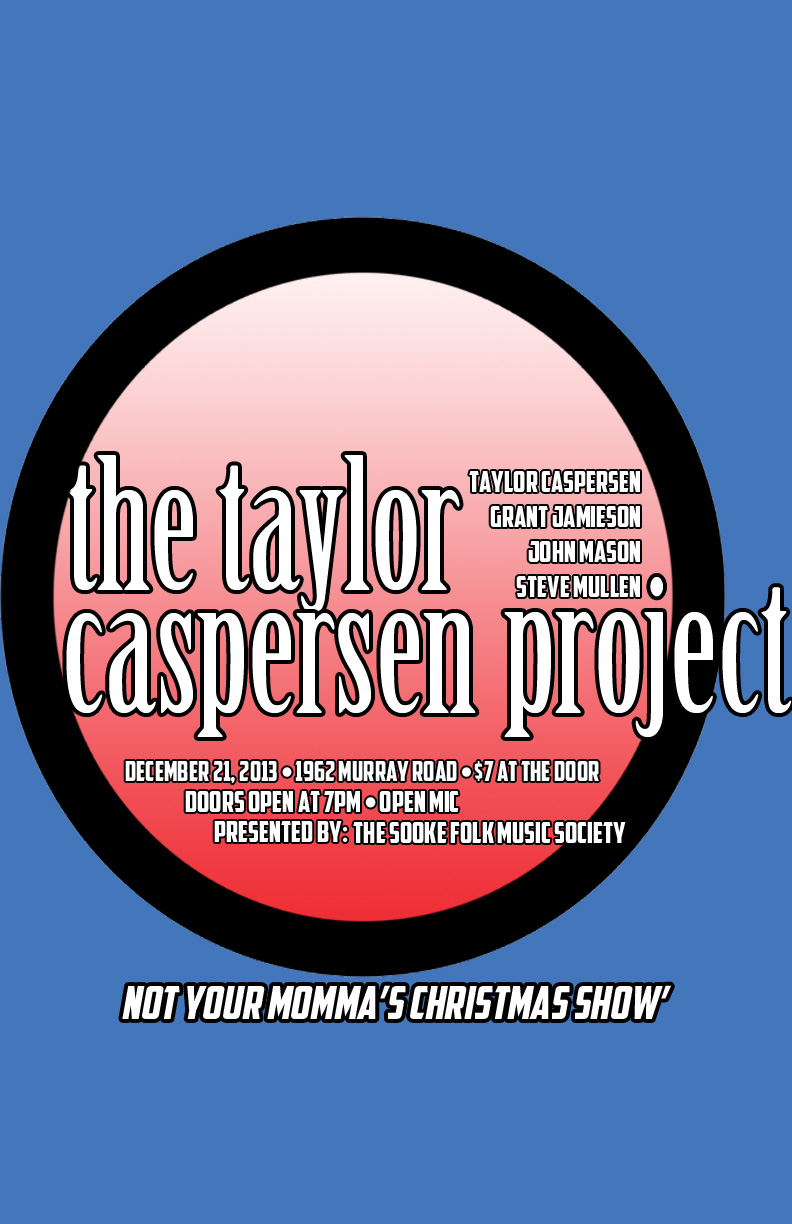