THE STANFIELDS (ELECTRIC SHOW): The Stanfields, The Town Heroes

THE STANFIELDS (ELECTRIC SHOW): The Stanfields, The Town Heroes

Plus The Town Heroes Atomique Productions and The Zone @ 91-3, Modern Rock in...

Plus The Town Heroes

Atomique Productions and The Zone @ 91-3, Modern Rock in Victoria present

- The Stanfields (Electric and Acoustic show) -

Everyone has a story to tell about The Stanfields – if you don’t, give it time. Inciting mosh pits and still making Mom proud, The Stanfields attract fans of all classes and creeds with their rhythm-fueled hard rock laced with traditional roots sounds. There are no glamorous motives – just five working class Canadians with an honest desire to entertain. With the help of iconic producer Mike Fraser (AC/DC, Metallica, Aerosmith) The Stanfields better capture the intensity of their riotous live show on Death & Taxes (coming September 18) with harder, faster and full-on thunderous waves of rhythm and roaring harmonies behind menacing leads. “We’ve grown to be louder, faster versions of ourselves. Many thousands of road and air miles, and all the trappings therein, tend to have that kind of effect on a band like ours,” Jon explains. “Where Vanguard is all over the place stylistically, Death & Taxes is more focused on our rock and roll influences.” And that’s where The Stanfields’ culture meets their simple desire to entertain – the stuff stories are made of.

The Stanfields with guests The Town Heroes will be playing an intimate acoustic set at The Games Room in The Strathcona Hotel the evening before.

Doors: 9:00pm
Admission: By Donation - All proceeds towards Movember Canada

The Stanfields - Invisible Hands - Live at the Jubilee 2013: http://www.youtube.com/watch?v=LSUxIzlM-gA 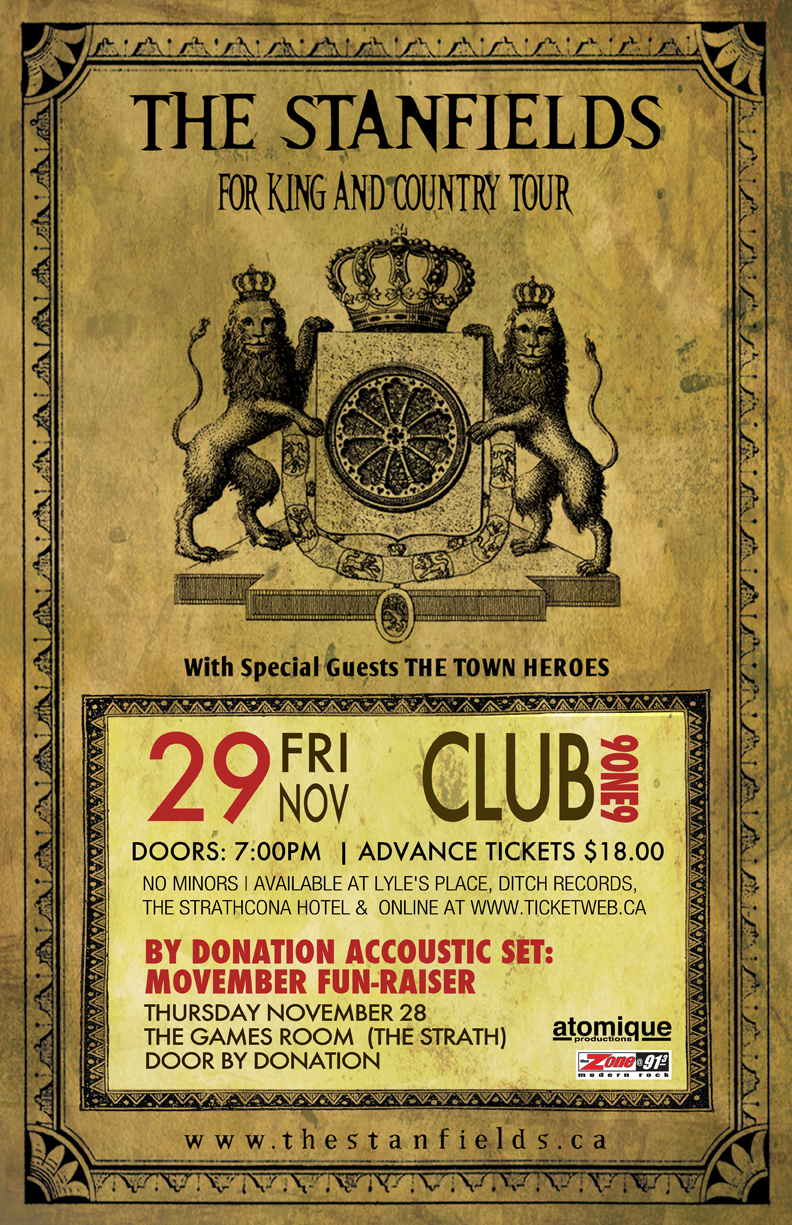