Leave your map and lose your bearings in the swirling sonic forest of The Deep Dark Woods. The band returns from the wilderness with Jubilee, a celebration of community, camaraderie and feverish cabin creativity. With Jubilee, The Deep Dark Woods revel in the jangly, freewheeling days of psychedelic and electric folk while keeping their compass aligned with the magnetic, hypnotic north.

Made in a cabin in the shadow of the Rocky Mountains near Bragg Creek, Alberta, Jubilee journeys through folk and rock history, from California to the UK, from the 1970s to the present day. The album nods to genre pioneers such as The Byrds and Fairport Convention before heading into altogether new territory of soundscapes that bend and fluctuate underfoot. Jubilee moves the yardstick with its rolling layers of specialized keys, organs and analog rarities (e.g., novachord, celesta, vibraphone, and more) first used in the early days of psychedelic synth experimentation, and the results sound at once in and out of modern time. Jubilee was produced by Laurel Canyon-based folk revivalist Jonathan Wilson.

The tight-knit members of The Deep Dark Woods are old friends and trusted collaborators. Lead singer Ryan Boldt writes most of the lyrics, but songwriting credits on Jubilee are also shared with Chris Mason, Lucas Goetz, former bandmate Burke Barlow and new addition Clayton Linthicum. The band recorded Jubilee mostly live to tape, which allowed for a collective and often spontaneous approach to songcraft. Lyrically, Jubilee shows artistic growth and finesse, and the new album features some of band’s finest songs yet.

Fond of and adept at improvisation and experimentation on stage, The Deep Dark Woods have cultivated a moveable scene of like-minded artists. The desire to translate the intuitive aspects of their live performances to a record led them to producer Jonathan Wilson. As patron saint of the present-day Laurel Canyon folk revival, which breathes new life into California’s richly experimental musical history, Wilson is a going concern in the woozy world of neopsychedelic breakout acts, most notably as producer of Father John Misty’s 2012 success Fear Fun. “His involvement with some musicians who have had an influence on us also tipped us off that maybe this was the right guy. They had a vast knowledge of the equipment and techniques that were used to make some of our favourite records,” Goetz says of the choice to work with Wilson and engineer Bryce Gonzales, who both joined the band during the two-week cabin recording experience.

The Deep Dark Woods have appeared at numerous high-profile festivals and stages, including Newport Folk Fest, Bonnaroo, Austin City Limits, and at Terrapin Crossroads in San Francisco, where they were joined by jam-band legend Phil Lesh. The band has made a fan of influential BBC roots guru Bob Harris, and recently made their silver screen debut in “Save Haven,” the newest Nicholas Sparks blockbuster. 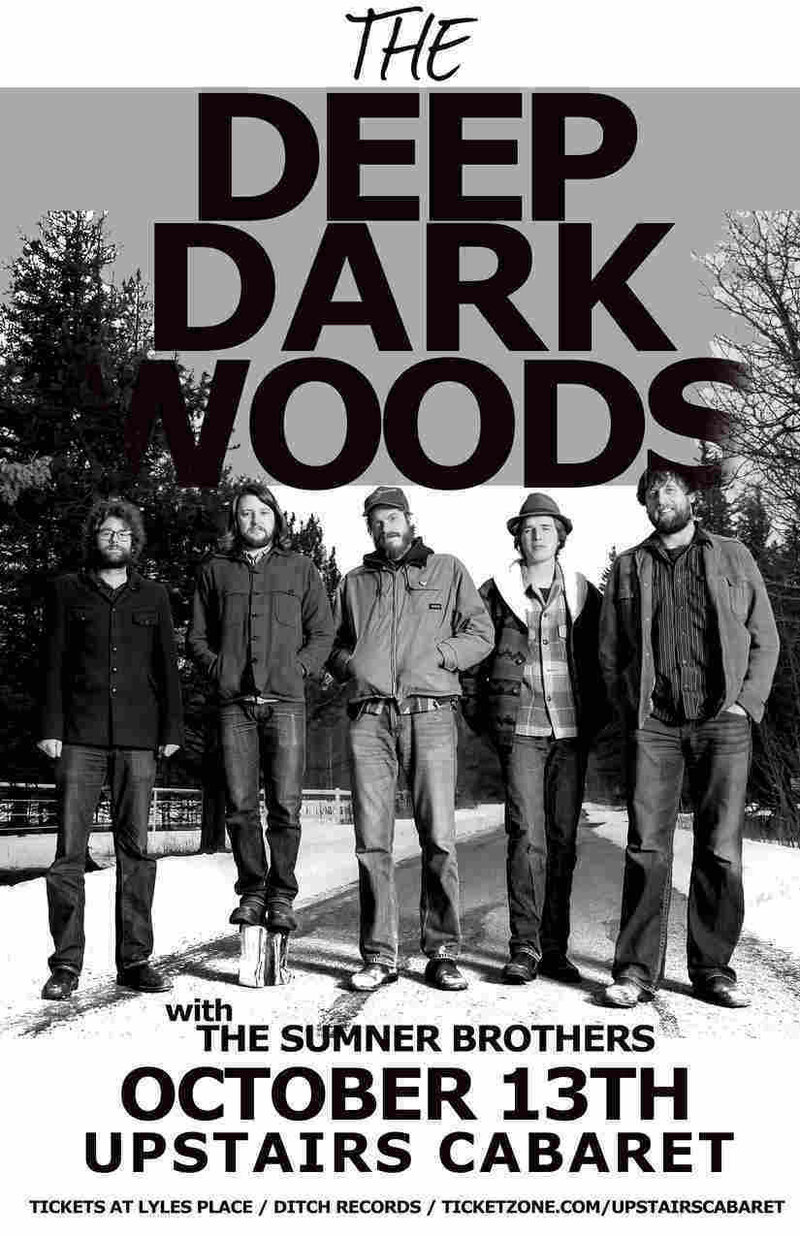