Come on out to Felicitas for good music and beer. It's FREE!! We can't decide...

Come on out to Felicitas for good music and beer. It's FREE!!

We can't decide who is going to go first so we are going to do Eeny Meeny Miny Moe right on stage!

THE PARTY ON HIGH STREET - The Party on High Street began in 2006 in Nelson B.C. Original members Brin Porter (bass/vox) and Travis Charuk (Guitar/vox) met at the Selkirk college of contemporary music. After two and half years of performing in the Nelson area many of the original band members left to pursue other options. Brin and Travis moved to Victoria B.C. and joined with Brin's long time friend Nick Houghton (drums/vox). Since late 2008 the group has followed a strict routine of touring the BC/Alberta summer music festivals while performing as often as possible in the south west of B.C. during the winter. The trio has self recorded 3 albums which can all be found on grooveshark.com. Albums are 'Everyday', 'TrHippy Phalli' and 'Fat Raj'. In November of 2011 the trio was invited to record a full length album in Seattle with Grammy nominated producer Ryan Hadlock of the Lumineers at Bear Creek Studios. Since releasing the album in early 2012 the trio has been touring in support of it extensively and has sold thousands of copies. In early 2013 The Party on High Street completed a 12 show tour of Australia, primarily in the South Australia province. In February of 2013 the trio recorded a single at Sunset Sound Studios in Los Angeles again with Ryan Hadlock which is yet to be released. Late September 2013 the trio will be releasing their first major music video in support of the track 'Palette for the Party'. During the summer festival tour of 2013 the trio was introduced to 4-time Juno winning music video producer and director Russ Pahl. The trio is in the beginning stages of planning a major release of a new single, aimed for late 2014, with Ryan Hadlock and Russ Pahl. The Party on High Street is also in the beginning stage of a 6 week U.S. tour beginning in February of 2013 and a 4 week tour of Europe in April 2014.

SPACEPORT UNION - Formed in the far reaches of the universe by the fusion of powerful West Coast talent, a formidable pulse of pure energy is set to make contact at the speed of light and transport you to astral dimensions of avant-garde, on waves of sound that appeal to even the most discerning of audiophiles.

The mysterious and eccentric, Spaceport Union, will whisk you away on a compelling cosmic voyage with their eclectic amalgamation of progressive art rock. Let yourself defy gravity as you are drawn into celestial planes diffused with experimental instrumentation and novel sound ideas, very much in the trail of past greats such as the Alan Parsons Project, Led Zeppelin and Pink Floyd.

Spaceport Union is a brilliant constellation of diverse talents including award-winning goth and art-rocker Caroline Spence, on guitars, keys and vocals; multi-instrumentalist Adam Basterfield (who also moonlights in the Pink Floyd tribute,'Pigs'), on lead guitar, keys and vocals, 'in the pocket' drummer, Taylor Charles keeping it groovy and with deep, rhymthmic grooves, bassist and harmony vocalist, Aaron St.Arnault. Along with the sheer energy and dynamic force of their live performance, the band effortlessly transcend the mainstream and connect listeners to the realm of the timeless.

Spence’s evocative and powerfully resonant vocals meld seamlessly with the solid grooves laid down by Charles and St.Arnault. Put together with Basterfield’s virtuoso guitar and expansive vocal stylings, the result is a satisfying yet unique harmony of auditory sensations reminiscent of Pink Floyd, Phish, Explosions in the Sky, Radiohead and My Morning Jacket.

Contemplative, heartfelt, thought-provoking lyrics dance around the dynamic ebb and flow of the diverse instrumentation, twisting and weaving through the melodic trajectory, breaking through an atmospheric wall of sound that builds to an exhilarating explosion, then lets you drift back into a gentle orbit. 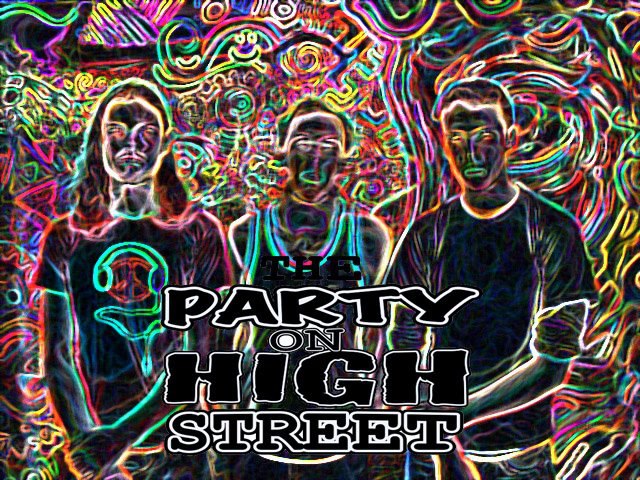