Atomique Productions and The Zone @ 91-3 present

The Balconies stand before you – teeth barred, eyelashes batting, clothing and hair drenched in sweat. In the blink of an eye, the trio has grown from a humble indie pop band to a leather-clad three-headed rock and roll monster, punctuated by 80s hair metal flair.

Jacquie is at the helm, backed by the rippling rhythms of Liam and Stephen, and The Balconies continue to steamroll unsuspecting crowds throughout continental North America – doing it heavier, sweatier, and more aggressively than their peers (go ahead, try to outdo Jacquie’s deep rock lunges and swirling hair).

They’re out for blood and hungry for fresh ears– as indicated by the video for the single “Kill Count” (a
single which garnered the band extensive major radio play and media attention), off the Jon Drew (Tokyo Police Club, Fucked Up) produced Kill Count EP, and the video for the haunting single, “Do It In the Dark” (which premiered on Much Music in October 2012).

The trio is hard at work on their upcoming full-length album with legendary producer Arnold Lanni (Finger Eleven, Simple Plan, Our Lady Peace). Coupled with a European Tour, including the MIDEM Festival in France, and slots on the North American festival circuit, which will see them in Austin for South by Southwest, the future looks bright.

So, if you fancy a riot of gargantuan rhythmic proportions, swing by. Oh…and be prepared – this will get
loud 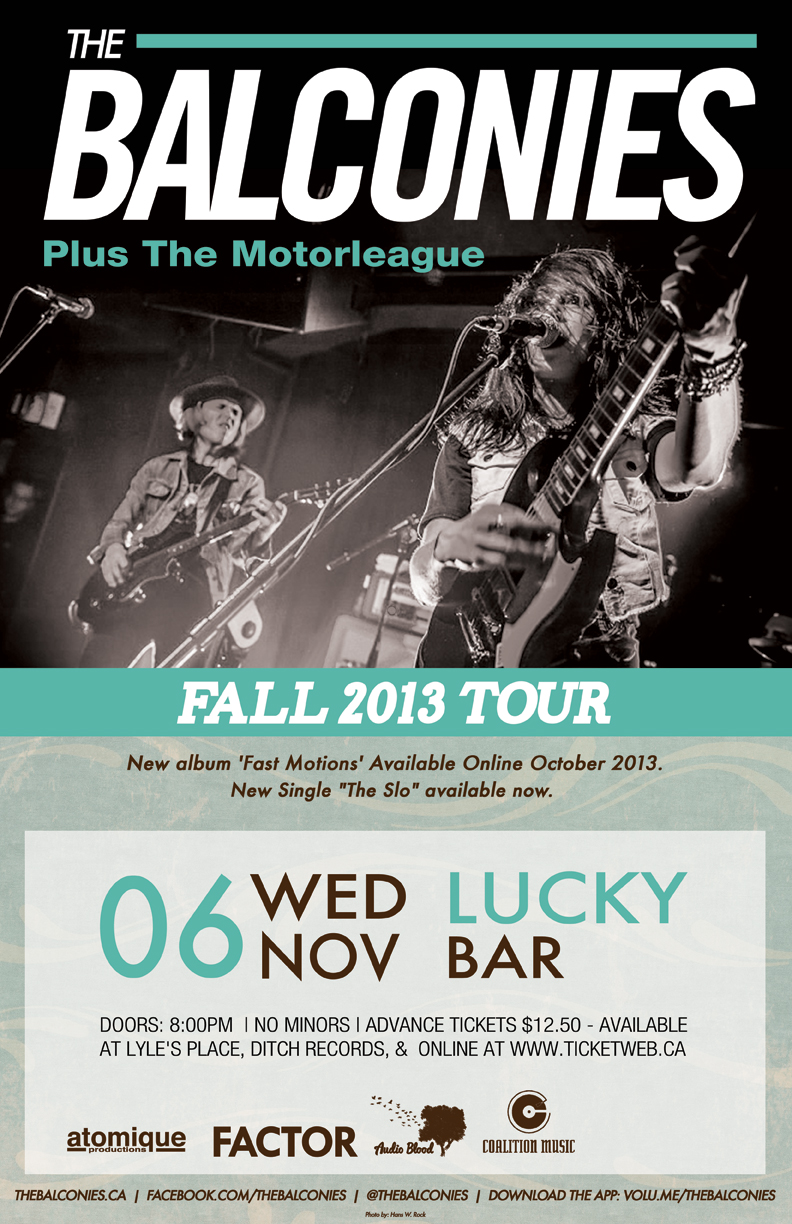