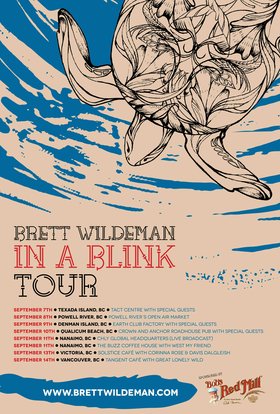 A child of British Columbia’s wild west coast, Brett Wildeman’s songs are heavily influenced by the rural coastal environment which he has spent the majority of his life. His sprawling lyrics and moody guitar tones, coupled with a unique vocal delivery are staples of his ‘raw folk’ sound.

Hailing from Montreal, banjo wielding folk-rock troubadour Corinna Rose will make your heart flutter and use its beat to start a hoedown. Named after a traditional country-blues song and her great-grandmother, she crafts songs that simultaneously capture aspects of the folk tradition, while unabashedly using crooked rhythms, jazz chords and strange structures.