Electronic Music from Sault Ste Marie Ontario
since circa -2014

Full disclosure: this show may just change your life!

It is our pleasure in particular to welcome Vancouver’s legendary first punk band back to the stage for a rare performance. Chris Arnett (the Shades), Taylor Little (the Shades, Payolas) and John Werner are the fabled FURIES, who arguably started it all in the mid-70s. Playing their first show in ’77 (one of only nine!), they sparked something in the hearts and minds of many of the people they’ll be sharing the stage with, inspiring them to create seminal punk bands of their own. It’s an honour to have them on board for their first show in a year!

An incredible voice, therapeutic lyrics and a magical way with melodies make Reid Jamieson one of a very special kind. Known for his compelling covers and as a regular performer on CBC’s Vinyl Café, singer songwriter Reid Jamieson performs classic tunes from his highly-acclaimed album the Presley Sessions.

And Hula Hoopin’ with Shannon! 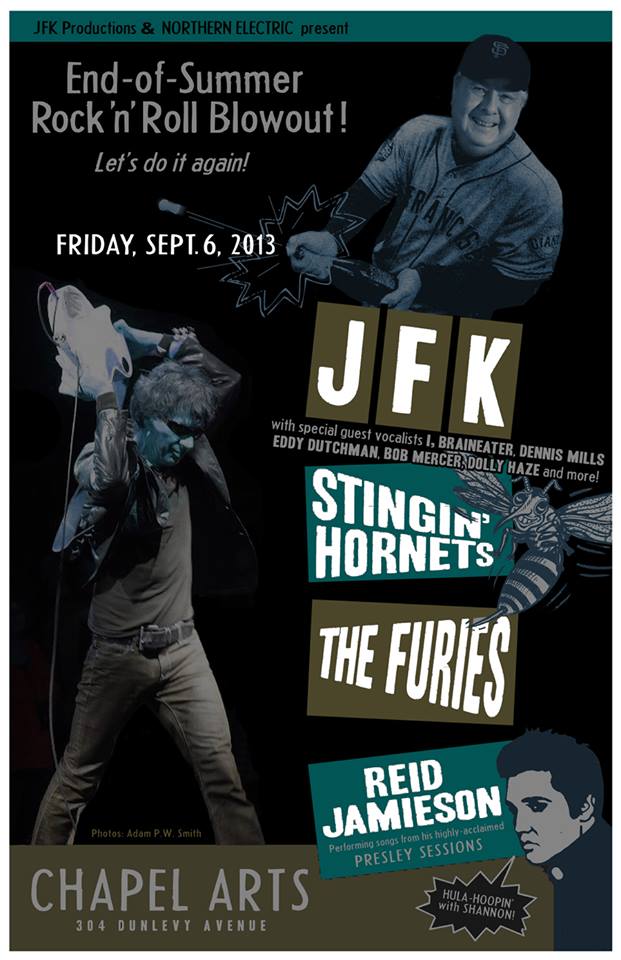