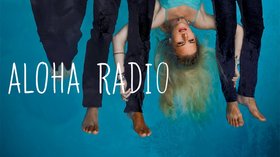 Music: Pop / Rock / Indie, Reggae / Ska / Dub
ALOHA RADIO http://www.thealoharadio.com
“Aloha Radio could be called a SoCal surf band. But, that barely describes what they actually do. Although their style is reminiscent of ’60′s surf rock and surf pop, their sound goes beyond that. Somehow, this Orange County crew dusts off an old genre and makes it modern.” Aloha Radio is not without their fair share of accomplishments. From being named one of Music Connection Magazine’s Top 100 Live Unsigned Bands, to performing at multiple festivals with legendary artists, to receiving a nomination for Best Surf at the 2013 OC Music Awards, this is just the beginning of Aloha Radio’s unstoppable momentum.

TASMAN JUDE http://www.tasmanjude.com
Tasman Jude got their start almost accidentally. *BraveHart (from Trinidad and Tobago) & Al Peterson (From Canada) had been playing around together with some new Reggae sounds for a month or so for fun. They decided on a whim to take an Open Mic night slot at Howler’s, in Grande Prairie, Alberta. However what started out as a semi-improvised set became something more as soon as they stepped on that stage. The room was immediately focused on the music and before long up on their feet and dancing. Immediately following the 3-song set, the band was asked by over 40 people where their music could be found; so BraveHart quickly created a Facebook page on his phone and directed people there. The next week, when the Facebook page had already grown significantly, they released a freestyled teaser track to ReverbNation and Soundcloud. Recorded in a living room and vocals again semi-improvised, the song quickly climbed to the #2 spot on RN’s Canadian Reggae charts and #79 worldwide. With a new EP coming out this spring (April 6th) and tours to follow, Tasman Jude is the definition of a band to keep your eye on.
- Andrew Jones (Checkered Owl Music)

Who says the prairies can’t breed great reggae bands? Certainly not Tasman Jude, who hail from Grande Prairie, Alberta, and are one of the most exciting young talents in the Canadian reggae scene today. Initially founded by Caleb Hart and Al Peterson in 2013, the union quickly evolved, drawing in Derek E Wilde and Bethany Earle and soon released ... more info
Audio: Freedom is Rising, New Revolution (with The Steadies)
Videos: 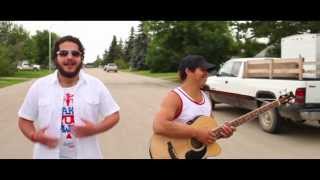 Tasman Jude - Take You Away 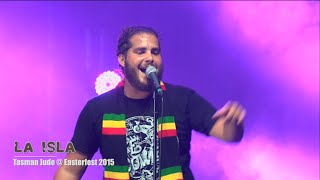