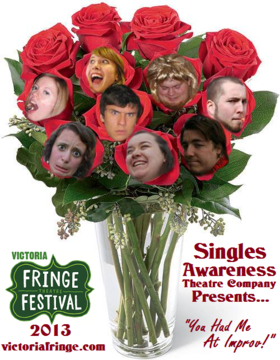 Warning: This show may induce serious side effects such as gut busting, uncontrollable guffaws, knee-slapping, and in severe cases, piddling your pants. Your risk may increase if you have a good sense of humour. This magical sketch comedy performance is created by the cast using pixie dust, luck, and the tears of a baby sloth.

We are a group of current UVic theatre students and young community theatre members who have the goal of bringing new blood to the improv and sketch comedy scene in Victoria. Our show is completely written, directed, acted, and improvised by our cast!