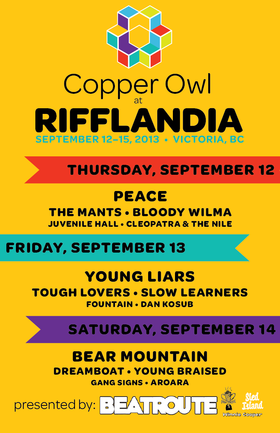 Dan Kosub is an alternative artist from Victoria, BC. In June of 2008, he released his debut independent release called Reservoir. more info

Young Liars are an electronic indie band from Vancouver, BC, comprised of Jordan Raine, Tyler Badali, Andrew Beck, Angelo Ismirnioglou, and Wesley Nickel. They released their debut EP Homesick Future earlier this year and are currently working towards a full-length recording. Next up? Summer festivals and touring until they just can't tour anymore. more info
Submit info on this show to our admins