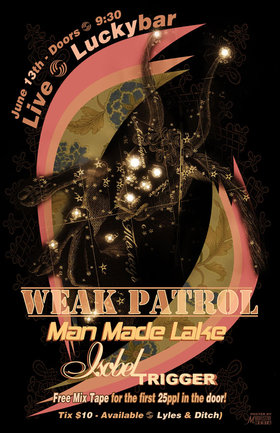 Music: Pop / Rock / Indie
An awesome night of rock and roll at Lucky Bar!
Three Bands that bring the house down energy wise for only $10!

Purchase tickets in advance at Ditch Records or Lyle's Place and be entered into a draw for band merchandise.

Bonus: the first 25 people through the door will receive a limited edition mix CD featuring released and unreleased material from all 3 bands!!

This trio show sponsored by CFUV.

“Isobel Trigger undoubtedly belongs in a large performance hall and deserves much recognition.” – The Coastal Spectator "Isobel Trigger is a shimmering alt pop/rock gem" - Monday Magazine "Some of the best of what this city has to offer in terms of music" - Jon Williams, The Zone 91.3 Winners of the 2015 Vancouver Island Music Award ... more info
Videos: 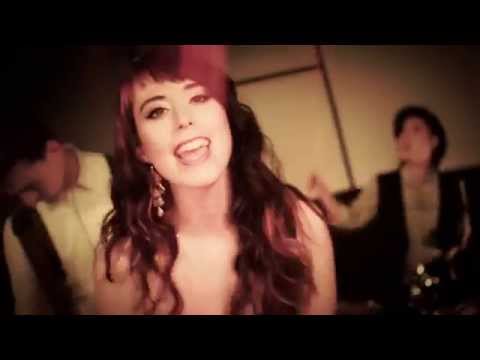 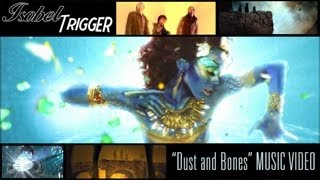 other sites: myspace
Weak Patrol is, for all intents and purposes, a rock band... A FIVE PIECE, HIGH ENERGY, SWEAT TILL YOU REEK, EMOTIONALLY CHARGED, TONGUE IN CHEEK, BREAK A STRING, PLAY FOR A CAR DOOR OPENING, LOSE A STICK, POP YOUR SNAPS REPEATEDLY IN ONE SHOW, rock band. more info

Charles Bukowksi said that “the history of melancholia includes all of us.” Man Made Lake is a band... true. But more importantly, they’re a family. Brothers coming together to make real music that speaks both to the “sudden painful joy” and that history Bukowski spoke of. Music that reaches into both mind and body to coax out some respon... more info
Submit info on this show to our admins