Hank Pine and Lily Fawn are a vaudeville-inspired duo from Victoria, British Columbia, whose act is based upon the tragic and hilarious adventures of their comic book series. Like the great acts of old, the music covers many genres, yet all stems from a punk rock ethic, and an appreciation for the delicate art of entertaining.
Hank is a tall, dark, and mysterious figure in goggles and a mask that carries his dead girlfriend around in a garbage bag, plays the cello, keyboards, guitars, ukulele, accordion, drums and whatever else he can get his hands on.
Lily, a half-deer, half-human forest creature, that tap-dances and plays the musical saw, the trumpet, the theremin, the flute, and hits the drums like a six-foot sledgehammer.
This debut double album, “The Road to New Orleans…” serves as a soundtrack to the first two issues of their comic book, and showcases both their adoration of all music forms and manic sense of humour.

“When it was all over, Fred Penner took time to give a shout-out to opener Lily Fawn and I will too. I haven’t done any exhaustive research, but I’m confident in stating that she is the only musician in history to open for both The Swans and Fred Penner in the span of 48 hours – or ever has. She was adorable, too, sporting deer antlers and a ukelele and delivering her helium-voiced lullabies with charm to burn. All in all, the perfect Pop Montreal palate cleanser.”
- Montreal Gazette


"Tanyss Nixi may have been born and raised in a quaint Alberta town but that doesn’t mean she wasn’t exposed to the corporate blemishes that often dot the prairie landscape. From smokestacks to diesel trucks, fake tans to apathetic souls, Nixi’s latest album, Champion Of Lost Causes, doesn’t let anything escape criticism. "Refinery Row” embodies the entire record’s premise, her lyrics constantly flashing before us those everyday images of cable television and things we really don’t need. "Showboat 2 Nowhere” dishes out the same sort of organic perspective, reminding us that even though we claim that we are individuals, we’re all part of a larger picture. But just as Nixi scrunches up her nose at those who fail to live in the moment, her beautiful voice and folk melodies remind us that changing the world really isn’t a lost cause." Exclaim!

"Sherry-Lee has played with a bunch of fantastic musicians who have each had their own very special part in shaping Western Canadian music culture. Previous work includes:
The Digs, Po'Girl, Jerry Jerry and the sons of rhythm orchestra, Hookahman, The Mike Mcdonald Band, Luann Kowalek, The Bodkins, Evelyn Tremble, Happy, and now Wintercount!" 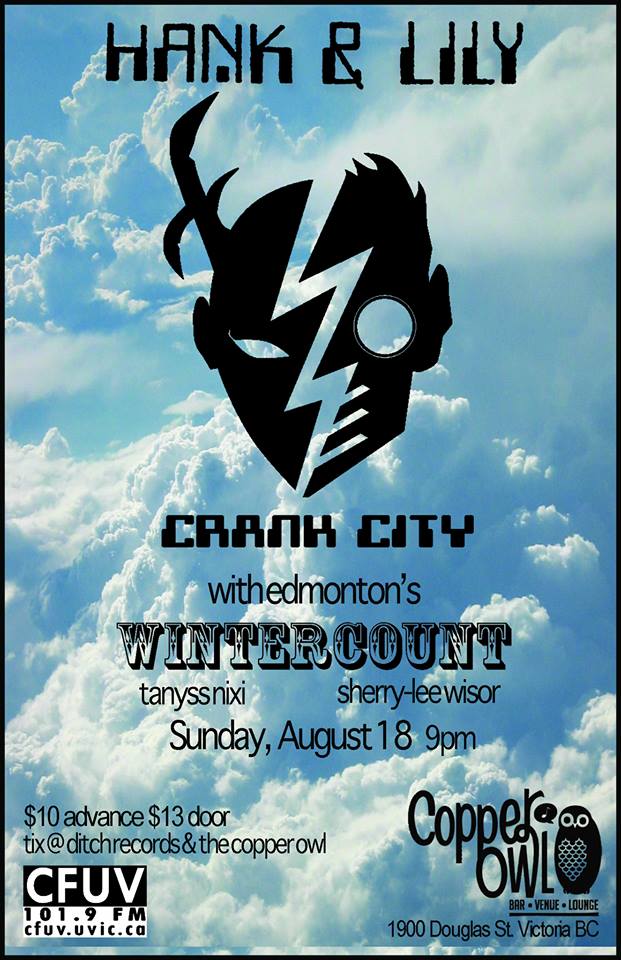