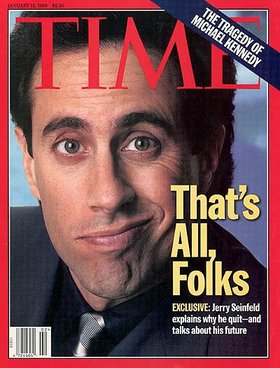 JERRY SEINFELD IS SOLD OUT! SOPRANO'S IS GIVING AWAY A PAIR OF TICKETS AT THE PRE PARTY! BE HERE FROM 4-7PM TO WIN SATURDAY MAY.4TH!

Jerry Seinfeld will be shown on all our big and multiple screens! Plus $8 beer, burger & fries and beer just $4.25!

America’s premier comedian, Jerry Seinfeld, will be performing his signature stand-up routine at the Save On Foods Centre.

Seinfeld has been hailed for his uncanny ability to joke about the little things in life that relate to audiences everywhere. Seinfeld now sets his sights on performing both nationally and internationally in 2013.