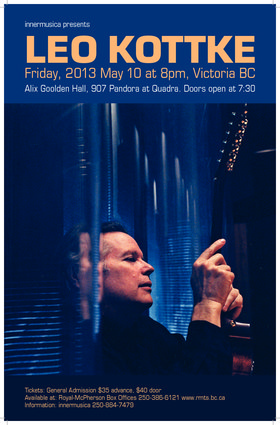 When the Taylor Guitars crafted its Leo Kottke signature model, they described its namesake as follows:

"More than any other artist, Leo Kottke has defined the role of the contemporary acoustic guitarist as self-styled virtuoso, amassing aworldwide following in the process. The self-taught guitarist first surfaced with his legendary 1969 recording, "Six and Twelve-String Guitar". Since then he has blazed a singular stylistic path that continues to diverge from mainstream guitar music. Classical precision, pop attractiveness, jazz fluency, 20th-century harmony, bluesy fundamentalism, rubbery, syncopated rhythms, and lyrics that feature quasi-literary characterizations all vie for supremacy in his music and challenge preconceived notions of how acoustic guitar music should sound. In addition to his masterful musicianship, Kottke is beloved for a droll perspective on life that puts a tilt on his material and keeps concert audiences highly amused."
(http://www.taylorguitars.com/artists/signature/kottke.asp)

"My music is maybe hard to categorize," Kottke says. "It doesn't fit conveniently into the bins at record stores. That works for me, though... I don't rise and fall with trends. Most listeners seem to have room for this stuff. It's been great that way."