$12 advance or 2 for $20
Physical tickets at: Lyles Place, Soprano's, Ticketweb

The chromosomes may be altered, but the song still remains the same. Enter Zeppelina, the latest entry into the tribute band circuit, but with a huge difference, which audiences will immediately notice, once this stilleto-stomping Vancouver-based all-girl quartet hits the stage.

In much the same way Led Zeppelin changed the pop culture landscape in the 60’s and 70’s with their British blues influenced rock anthems, Zeppelina provides a gender-bending variation to their male counterparts in delivering such memorable hits as “Black Dog”, “Rock and Roll”, and “Stairway to Heaven”.

Witness the banshee wails of vocalist Roberta Plant (Connie Chaoss of My Own Chaoss), the staccato poly-rhythms banged out by drummer Snarey Bonham (Sherri Chisholm formerly of The Bombshells), the solid lines thumped by bassist Jane Paul Jones (Swissy formerly of Shrines), and the dizzying leads courtesy of Jilly Page (Jill Newman) – and you have a Led Zeppelin tribute that’s faithful to the masters from start to finish, right down to the high energy volume, intensity, and musicianship.

Formed in 2010, these sonic sisters are already garnering a word-of-mouth reputation for keeping the Led Zeppelin ethos intact, but with a feminine perspective that’s enticing to the eyes and ears. 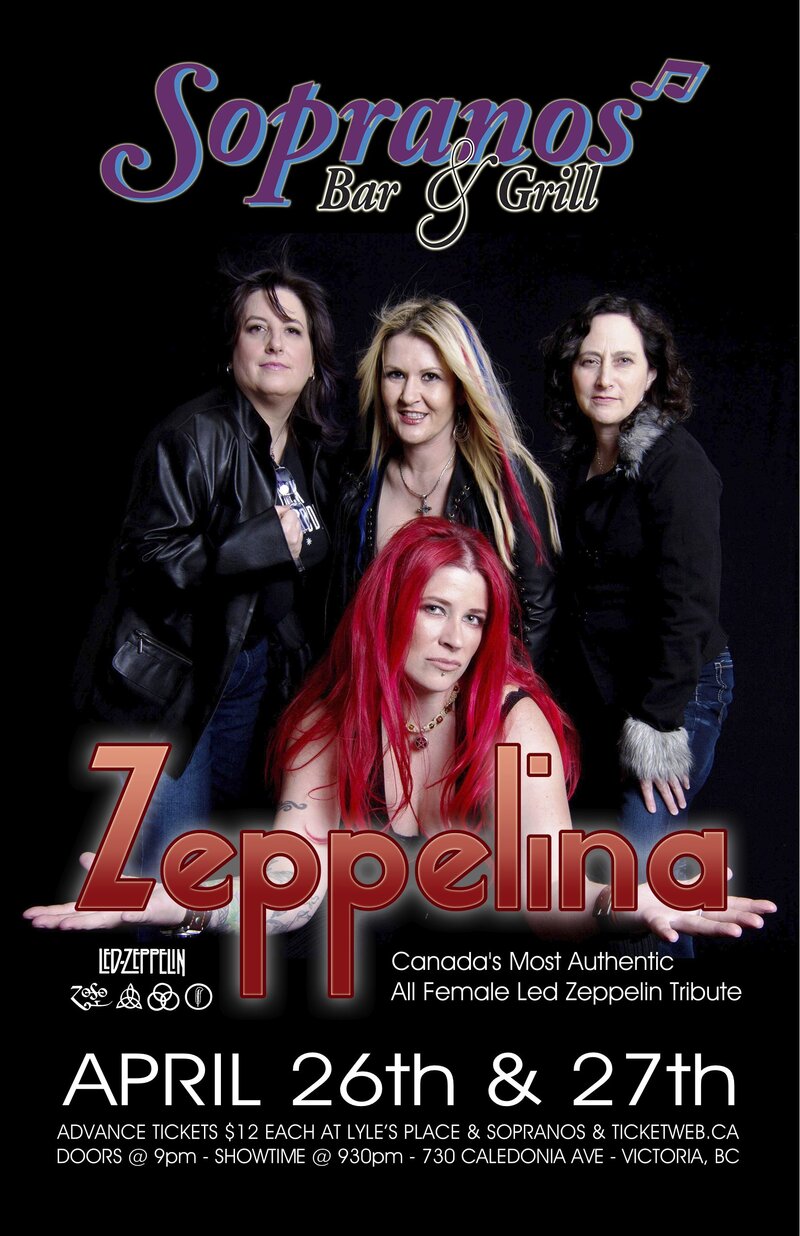