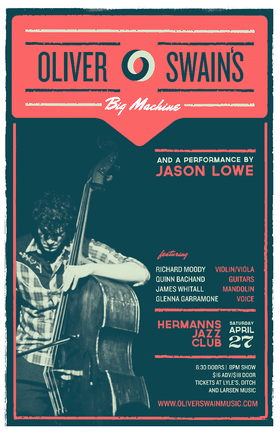 Music: Folk / Celtic / Latin / World, Pop / Rock / Indie
We're looking forward to sharing new material with you all and welcoming some very special guests to join us for our first BC show of 2013. If you haven't heard of Australia's Jason Lowe you are in for a treat This young slide player from Australia has gracing our city with his original song writing and slide guitar playing for the last couple months.
Richard Moody - Violin/Viola
Quinn Bachand - Guitars
James Whittall - Mandolin
Glenna Garramone - Voice

other sites: | jasonlowemusic
Jason Lowe: Biography… Jason Lowe is somewhat a beacon of hope for not only our Earth, but for a tradition of music that stems from the purest of springs. Like his influences such as Joni Mitchell and Neil Young and the great composers and poets of times past, Jason Lowe, the 24year old composer from Jan Juc Australia, walks his own in... more info
Audio: Sails of Shimmer, When a River Parts
Videos: