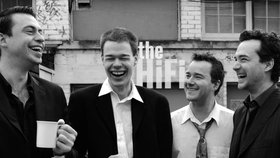 Bringing you the music of Sam Cooke, The Meters, Professor Longhair and more, this band is going to rock and swing like you've never heard before.

The best bang for your buck you're likely to find on a Friday night in downtown Victoria!

Reservations recommended. Please note that reservations confirm your place only, seating is on a first come first serve basis.