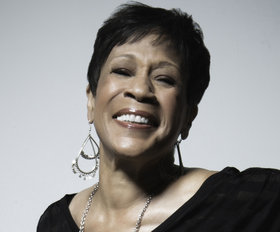 “Bettye is one of the most incredible R&B singers singing today. Ache has never sounded so funky. Weary, wise, defiant and vulnerable, Bettye's a force of nature.” – Bonnie Raitt

It is always exciting when a great musical artist comes back from obscurity and is performing better than ever, and that’s the case with supremely talented soul singer Bettye LaVette. Her career started in 1962 when she made her first hit record at age 16. Soon she was touring with the likes of Otis Redding and James Brown. Despite those great early successes, LaVette had a spotty recording history for decades, only getting back on top with the release of 2005’s "I’ve Got My Own Hell to Raise." Two subsequent Grammy nominations – for 2007’s "Scene of the Crime" and 2010’s "Interpretations: The British Rock Songbook" – sealed her status as a superstar reborn. LaVette’s latest album "Thankful n’ Thoughtful" tackles covers of classic artists including Bob Dylan and Tom Waits, while also re-imagining songs by newer bands, such as the Black Keys and Gnarls Barkley. With her incendiary combination of soul, blues, rock ‘n’ roll, funk, and gospel, this masterful interpreter of song is now acknowledged as the reigning queen of R&B. Don’t dare miss her Victoria debut! Alan Hill keyboards, Brett Lucas guitarist, Darryl Pierce drummer and James Simonson bass

“One of the greatest living boogie-woogie pianists.” - Oregon Music News

Even though the Alabama-born, 2013’s Maple Blues Award winner for “Piano Player Of The Year” David Vest currently resides in Victoria, this boogie-woogie piano star is a world-class entertainer who has been slaying audiences for over 50 years. In his early years, Vest worked the southern gospel circuit as much as the honky tonks, and has backed up everyone from Big Joe Turner to Kenny “Blues Boss” Wayne. Aside from his keyboard panache, Vest has one of those warm, bourbon-soaked voices that is great for delivering all manner of songs about hot cars and love gone wrong. A polished storyteller, Vest is one of the most authentic and engaging entertainers making the circuit today.