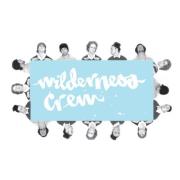 On a summer afternoon in the late 90's a tape deck on the Sunshine Coast started rolling. Surrounding the tape deck stood three best friends: Brett Mjanes, Eli Dill, and Eric Amberg. They say that good things happen in the summer time. The threesome grew up together on the Sunshine Coast - a quiet peninsula situated on Canada's pacific ocean. Soon after the boys gave life to the Wilderness Crew, another childhood friend (Evan Quinn) was exploring the world of turntablism. Three became four and Wilderness Crew had their DJ. In time, what began as grass roots hip-hop matured into the polished, melodic sound that belongs soley to the Wilderness. Nearly all of the groups recordings feature instrumentation from the emcees themselves and their live shows often reach higher musical ground with the accompaniment of a full band. It's safe to say that Wilderness Crew has transitioned from 'backyard freestylers' to accomplished songwriters and performers. At the end of the day the Wilderness Crew is a lifestyle. Music you can dance to, drive to, work to, surf to, live to. You just gotta press play.