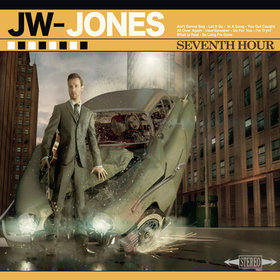 JW comes from Ottawa and is one of Canada's top blues guitar stars. In the last decade, he has released seven albums and played in 18 countries, 4 continents, over 260 cities and made over 1,000 appearances.

Dan Akroyd, who is also known for his Blues Brothers persona 'Elwood Blues', has called the group an "amazing blues band".