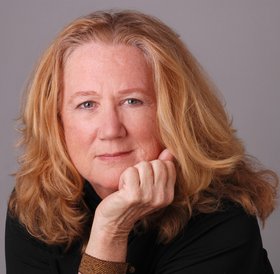 Event Archive - Holly Near is a unique combination of entertainer, teacher, and activist.: Holly Near

Music: Country / Bluegrass / Rockabilly, Folk / Celtic / Latin / World
Holly Near is a unique combination of entertainer, teacher, and activist. An immense vocal talent, Near’s career as a singer has been defined by an unwillingness to separate her passion for music from her passion for human dignity. She is a skilled performer and an outspoken ambassador for peace who brings to the stage an integration of world consciousness, spiritual discovery, and theatricality.

Although she sang in public from the age of eight, Ms. Near’s professional career began with numerous performances in film and television, and a run in the Broadway production of Hair. Torn between a career as an actor or a singer, Ms. Near chose to pursue her love of music, especially that music which articulated the social conditions of the world community.

Ms. Near’s historic papers are housed at Radcliffe’s Schlesinger Library and are regarded as an informative look at the last 40 years of social change movements as experienced by a singer/songwriter/activist. Near’s participation crosses over many cultures and countries.

Some samples of her work in the last few years include:
• One of the “1000 Women for Peace” nominated for a Nobel Peace Prize in 2005
• Presented at the National Women’s History Project’s 2003 conference at Smith College
• Spoke to workers at Intel’s Albuquerque, NM facility about tolerance and diversity
• Delivered the prestigious Ware Lecture for the Unitarian Universalist General Assembly in 2005
• Invited to sing her song Hay Una Mujer Decaparecida at Villa Grimaldi in Santiago, Chile. The villa, an infamous prison of torture and death, has been reclaimed by survivors and families and turned into a peace park.
• Joined Eve Ensler, Jane Fonda, Sally Fields, Christine Lahti, and noted Mexican performers in Juarez, Mexico to protest the uninvestigated killing of hundreds of young women
• Sat witness to the testimony of women reporting rape and other violence against women in Toledo, OH
• Participated in a two-day discussion with Dr. Bernice Johnson Reagon, Harry Belafonte, and Pete Seeger that focused on political song, responsible citizenship and the effect that protest music has had on public policy
• Met with Mohawk and European-American women to invite spiritual healing
• Has received numerous awards including honors from the A.C.L.U., the National Lawyers Guild, the National Organization for Women, National Association of Recording Arts and Sciences, Ms. Magazine (Woman of the Year), the Legends of Women’s Music Award, and Impact Fund

Near’s portrait hangs at The Freedom Center in Cincinnati, Ohio along with those of other social change artists including Paul Robeson, Marion Anderson, Pete Seeger, Dr. Bernice Johnson Reagon, Joan Baez, Harry Belafonte, and Woody Guthrie.
In 1972, Holly Near was one of the first women to create an independent record company. Although unusual then, many artists now follow that path of independence. Near’s vision was to promote and produce music by politically conscious artists from around the world—a mission that Redwood Records fulfilled for nearly 20 years. Often cited as one of the founders of the “women’s music” movement, Holly not only led the way for outspoken women into the music world, but also worked for peace and multicultural consciousness.

A natural teacher, Holly presents master classes in performance craft and songwriting to a wide array of audiences. Laughing, she says “I’m old enough now to be an expert!” Both as a participant and a leader, she bears personal witness to the hugely important role that music plays in political action movements. Holly’s unique personal perspective, which makes the subject matter leap out of the books and into the classroom, draws praise from college faculties around the country.

A prolific writer and recording artist, Near has released 26 recordings of her own, including the seminal Imagine My Surprise, and performs as a guest on many others. In the past few years, Near has been busy re-releasing much of her early material. She continues to write and sing political songs with grace and humor, and her integrity earns her the reputation as one of the most articulate social change artists working today, with a power and maturity that may only come from decades of love and fear, despair, and inspiration.

In 2007, she released Sing To Me The Dream, an extended and remastered version of her 1984 live concert tour with Inti Illimani. A new collaborative recording with emma’s revolution, We Came To Sing!, which was born of the 2008 "Sing Out the Vote" tour, was released in August 2009. Holly and emma’s revolution put their unique vocal stamp on songs from Holly’s repertoire in eleven tracks that include old favorites such as Listen to the Voices, Sky Dances, and Fired Up along with new arrangements of Study War No More and Sail Away Lady, Pat Humphries’ Swimming to the Other Side, and Rick Burkhardt’s (The Prince Myshkins) Ministry of Oil.