Bates formed his newest band in 2011 with the Hofner-endorsed Brandy Bones (upright /cello) as a co-writer and they adopted a musical style she named rustic punk. Veering from post-rock to Americana their southern gothic lyrics reveal a dark rural vision. Ms Bones also handles half of the vocals with her “soulful screams" (What's Up Magazine) and "eerily whispery vocals" (Music Examiner - Toronto) - a change that began with the Scarecrow Close 7" (Rookie Records). And they have welcomed the master percussionist JT Massacre back into the fold ensuring BJB remains a deadly live band.

BJB began working with producer Robert Ferbrache (Slim Cessna, Woven Hand). Big Bad Bob mixed and mastered both their EP release of Headless Fowl and the upcoming full-length album "Battered Bones". Headless Fowl was supported by a 2012 tour with Murder By Death ( soon to be found on Alternative Tentacles) while "Battered Bones" is scheduled for release in September 2012 by Rookie Records.

The group is based in Vancouver BC but Big John Bates has been around. They've played well over 1000 shows in 17 countries; headlined to 10,000 at Germany's Stemwede festival; banned by Mandalay Bay; played a federal prison in Belgium; shared the bill with the Fuzztones at the first Stag-o-lee Festival; supported the Blasters at Raalte in Holland and Black Rebel Motorcycle Club at the Ink & Iron Festival in Long Beach; played a mountaintop in Italy with Andre Williams. While stories abound the band has sold thousands of copies of each of their records without major label support and broke into outer space on Battlestar Galactica (Season 3, Episode 14 – The Pleasure Planet). Joining them are Victoria's own death blues rock Gypsy Hacks & Insomniacs plus cut your teeth in hellbilly MD Wren & The Sick Kids! 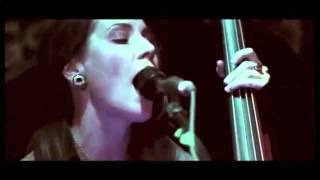