Music: Folk / Celtic / Latin / World
Come and spend an evening with anti-war folksinger and songwriter David Rovics. Rovics, who has been compared with Phil Ochs and Pete Seeger, is an activist and a peace poet for our times. Wikipedia says, "His provocative and catchy lyrics bring to mind a modern-day Woody Guthrie" and Folkworld Magazine says, "Phil Ochs is not dead. He's reincarnated in the body of David Rovics."


David Rovics has been called the musical voice of the progressive movement in the US. Amy Goodman has called him "the musical version of Democracy Now!" Since the mid-90's Rovics has spent most of his time on the road, playing hundreds of shows every year throughout North America, Europe, Latin America, the Middle East and Japan. He and his songs have been featured on national radio programs in the US, Canada, Britain, Ireland, Italy, Sweden, Denmark and elsewhere. He has shared the stage regularly with leading intellectuals (Noam Chomsky, Howard Zinn), activists (Medea Benjamin, Ralph Nader), politicians (Dennis Kucinich, George Galloway), musicians (Billy Bragg, the Indigo Girls), and celebrities (Martin Sheen, Susan Sarandon). He has performed at dozens of massive rallies throughout North America and Europe and at thousands of conferences, college campuses and folk clubs throughout the world. More importantly, he's really good. He will make you laugh, he will make you cry, and he will make the revolution irresistable.

Listen to some of his songs on his website http://www.davidrovics.com/

David Rovics grew up in a family of classical musicians in Wilton, Connecticut, and became a fan of populist regimes early on. By the early 90's he was a full-time busker in the Boston subways and by the mid-90's he was traveling the world as a professional flat-picking rabble-rouser. These days David lives in Portland, Oregon and tours regularly o... more info
Videos: 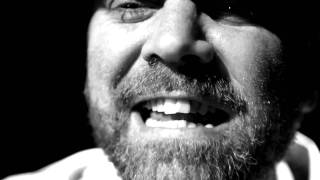 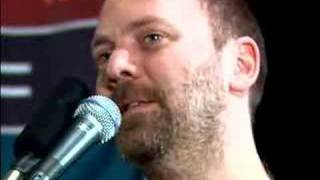