Dave Arsenault
theshagharbourband@gmail.com
(250) 888-0307
Contact Info
Dave Arsenault on acoustic guitar and lead vocals, George Evely on squeeze box and Dave Wilson on bass guitar were the founding band members of The Shag Harbour Band in Ottawa in 2000. They had been band mates in another band which they later reformed and renamed "The Shag Harbour Band" (SHB). In its origins, they are a Celtic East Coast band. The original band members chose the band's name after a rousing conversation about the Shag Harbour UFO sighting in the 60's. Shag Harbour, Nova Scotia is a small fishing village that has an active musical community. George, Dave and Dave thought the spirit, the music and the energy of the community exemplified the East Coast culture that were the roots of their band.

The SHB played all over Ottawa and Ottawa Valley, in Europe (when Dave was posted in The Netherlands) and in Mexico (at Dave Arsenault's daughter's wedding) in early 2007. In mid 2007 Dave Arsenault moved to Vancouver Island and the band only played when Dave returned to Ottawa. In 2008, Dave met Shane Dennison (who plays bass and acoustic guitar )and they started playing together. Each time George Evely came out to Vancouver Island in 2008 and in 2009 the band played as many engagements as they could fit in. They played in Nanaimo, Qualicum Beach, Comox, Port Alice, Port Hardy and Port McNeil. In 2009, Tim Frost joined the band adding fiddle to the mix. At that point, SHB consisted of Dave Arsenault, Shane Dennison and Tim Frost who continued to play various venues all over Vancouver Island including Victoria.
No audio samples have been linked to this profile. 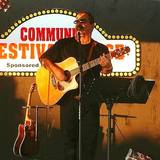 Status: Available for Shows/Gigs
Currently Available for gigs on Vancouver Island - Last confirmed Mar. 23, 2017
Submit info on this band to our admins