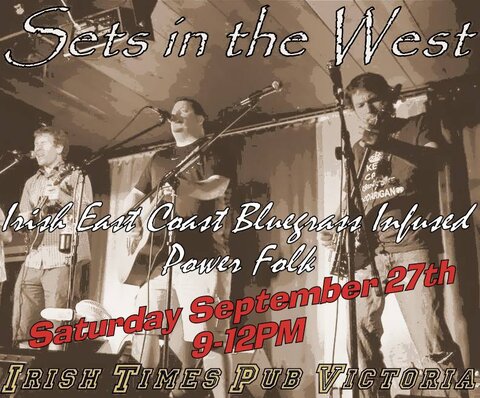 Sets in the West

Brad Marchant
setsinthewest@hotmail.com
Contact Info
Past Shows (14)
Sets in the West play a blend of traditional Irish/East Coast music along with some original songs and a bit of Bluegrass thrown in for good measure. But this ain't your Fathers folk band, these guys rip roar through songs you probably know but play them with a Rowdy edge that reeks of last weeks kitchen party. Speaking of party...a typical Sets in the West show has enough "Sociables" and Irish Toasts flying around to keep you going until long after the last note is played! Raise a glass and raise some hell...these boys are here to play!
No audio samples have been linked to this profile.