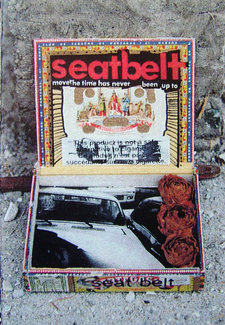 Post Punk Proto Something from Victoria BC
Label: Break Even
Broken Up - Confirmed: May. 3, 2009 (Archived)
Damon and Eric had been playing together for years. Jason played with Damon in a short lived post-Stick Farm group. Eventually the three got together and spent months jamming before beginning to write. Finally they released as a 60 minute demo "the Gloom Chaser", soon followed by a second 60 minute demo with improvised female vocals, titled "Move, The Time Has Never Been Upto". And move they did; Eric and Damon relocated to Montreal and carried on as Shortwave...Eric eventually went onto to play in numerous God Speed-related groups such Silver Mt. Zion and Hanged Up.
No audio samples have been linked to this profile.

Status: Broken Up
- Last confirmed May. 3, 2009
Submit info on this band to our admins