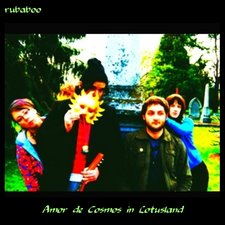 from Victoria BC
http://www.myspace.com/rubaboo
Unknown - Confirmed: May. 9, 2008 (Awaiting Update)

jody franklin
lotuslandrubaboo@gmail.com
Contact Info
Rubaboo is an experimental music, sound and visual art collective based in Victoria, British Columbia, consisting of Chelsea, Cousin Nelle, Stefan Kunz and jody franklin (of Vancouver's infamous musical performance art troupe July Fourth Toilet and MungBeing magazine). Rubaboo takes its name from the rustic and hearty stew of bear grease and peas made and eaten by voyageurs on their long journeys through the Canadian hinterland. Realistic Barnyard Friends is their debut recording, an intuitive, fully-improvised, one take per track concept album of 15 song sketches and electroacoustic audio experiments recorded in February 2008. The songs expose the "Sinister Conspiracy" of Farmer Joe "Old McDonald" Brown and the revolutionary response to his manipulative machinations by a cabal of communist cocks and hens, and explores the intervention of a helper monkey friend from Africa and his mystical god-pal the Secret Goat. Their follow-up EP Amor de Cosmos in Lotusland is a tribute to the languid culture of the British Columbia coast.

Status: Unknown
- Last confirmed May. 9, 2008
Submit info on this band to our admins