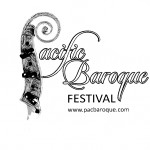 Presented by The Victoria Conservatory of Music

This year we expanded the series of concerts to include two special events on Thursday February 4th. A morning concert of Bach, Buxtehude and Telemann with an ensemble from the Pacific Baroque Orchestra, and a special evening concert at Christ Church Cathedral with an amazing performance by acclaimed Belgian organist Bernard Foccroulle.

As always, the Festival concluded with ‘Choral Vespers & Abendmusik’ at Christ Church Cathedral on Sunday February 7th. A free concert which has become a musical highlight for Victoria.