"It all started back in 1879 when Andrew J. Bechtel opened the first Colwood Hotel. Unfortunately it was somewhat ill-fated and burned down just before Christmas 1895 [December 13, 1895]. A two-storey framed, square building took its place [opening June 1896], built by the new proprietor Mr. Campbell; this was later enlarged and sold to a Mrs. Miller who became the owner of the Goldstream Inn."
"The current Tudor-style building was built in 1936 by George T. Quincey after he razed the old Colwood Hotel. Since then the building has been extended and was until 2012 known as the Colwood Corners Pub."
The Colwood Hotel, 1894
The Colwood Inn, 1936
The Colwood Corners Pub,
The Crossroads Pub & Grill, closed March 31, 2012. 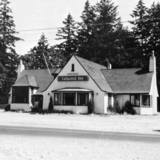 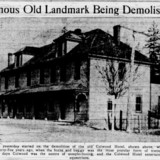 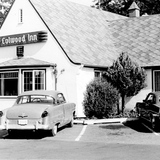 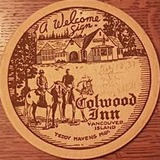 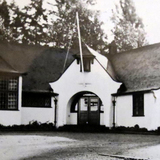 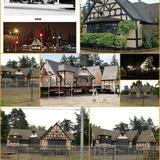