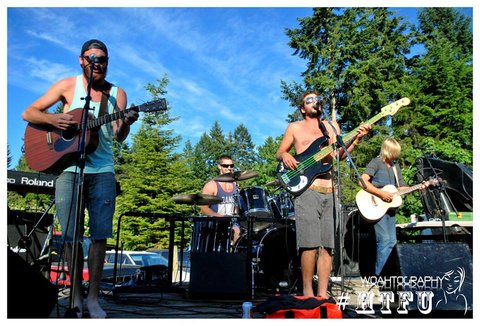 Luke Cuthbert
Redwoodgreenmusic@gmail.com
250-710-4211
Contact Info
Past Shows (13)
Redwood Green’s west coast acoustic surf rock style has landed them amongst the go to acts on Vancouver Island. The love of the party down to the love of the earth has brought four young men together to embark on a musical journey through festivals, nightclubs, bars and coffee shops. The band has shared the bill with such acts as Vince Vaccaro, Acres of Lions, The british Columbians among many more with their high-energy full drum kit live set, while also taking the time to perfect an intimate acoustic set played at coffee shops, living rooms and the beach. With the release of their long awaited debut single “Clear Blue Skies” behind them, the band looks forward to finishing and releasing their full debut album in the winter of 2014
No audio samples have been linked to this profile.
No member roster has been entered (to link to musician profiles.)