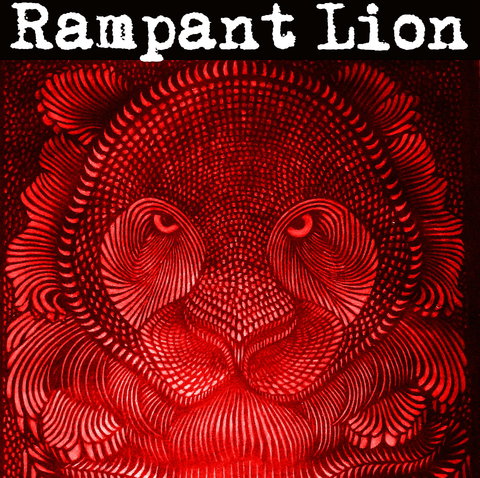 Conor
therampantlionband@gmail.com
Contact Info
Past Shows (16)
“Songs For Love Lost” is the first full-length album by Rampant Lion. The album was funded by VANS as part of their Passion Project series. Recorded at the Noise Floor Studios on Gabriola Island by producer Jordan Koop (The Courtneys, Dead Soft), the album features a dynamic mix of heavy, jammed-out rock songs and stripped-down, emotional ballads all influenced by 1960’s/70’s classic rock and 90's grunge.

Rampant Lion is a band that started when three friends climbed into the attic of an old house in Vancouver and discovered a musical chemistry beyond the ordinary. Nicknamed “The Rampant Lion”, the house had been a gathering place for artists, writers, and musicians since the counter-culture 1960’s.

On top of “Songs For Love Lost”, over the last 8 years, Rampant Lion has released 3 EPs including “Mirror Distortion” (2014) which was recorded in Seattle with legendary producer Jack Endino (Nirvana, Mudhoney). Rampant Lion has also gained a reputation for exciting, dynamic live shows around BC and Alberta.
No audio samples have been linked to this profile.

Status: Available for Shows/Gigs
- Last confirmed Dec. 22, 2019
Submit info on this band to our admins