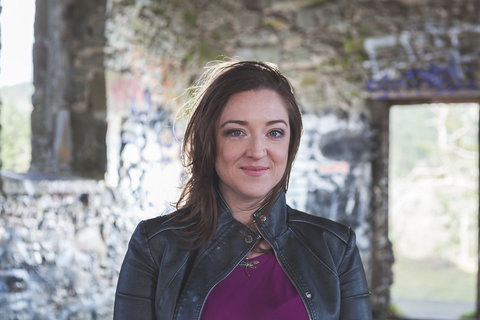 Nicola
nicolalinde@hotmail.com
(250) 886-1685
Contact Info
Past Shows (34)
Nicola Linde is a powerful performer and songwriter. With a whisper-to-a-scream voice to match the intensity of her lyrics, she is a singer-songwriter with an edge. Her stance is strong. Her delivery is assertive. Nicola's material speaks the truth of life today in a way that transcends gender. Love, career, interpersonal relationships, soul-searching and triumph find their voice embedded within her song-craft. Nicola Linde creates a sound that ranges from aggressive, to ethereal, to wistful, while always maintaining a captivating intensity.

Born and raised on southern Vancouver Island, BC, Canada, Nicola's early pursuits included piano, flute, guitar, and bass. Having spent the mid 1990's to early 2000's as a supporting musician and co-songwriter, she gained a comfort and presence that beckoned her to strike out on her own – finding strength in her own voice and in her own material. Though her influences span the likes of artists such as Alanis Morissette, Holly McNarland, Green Day and Ani DiFranco, she has developed a style of writing and performing that is entirely her own. Nicola Linde is not afraid of pounding on guitar and singing about what's on her mind, with songs that are raw, confessional, emotional, and unapologetic.

After having spent close to a decade performing in cafes, bars and small venues around Vancouver Island, Nicola Linde opened for Canadian pop music group Doug and the Slugs in June 2010 at the Mary Winspear Centre, Charlie White Theatre, in Sidney, BC. This full-band performance allowed Nicola to perform an intimate, sold-out 300+ seat theatre, in front of an appreciative audience.

Soon after, Nicola stepped out of the spotlight for a couple years to focus on songwriting, honing in on her love of playing music. In this time, she regularly attended a weekly jam in Victoria, BC, where she performed alongside former national touring and session musicians.

Nicola Linde had the opportunity to open for one of her favourite performers, Canadian musician, singer-songwriter and Juno Award winning artist, Holly McNarland in July 2014. Peter Rusland of the Cowichan News Leader Pictorial wrote "Linde amply warmed the stage with solo prowess, dispensing affable modesty... Victoria-based Linde's brand of confident delivery during her folkistential originals made her a delight."

A last-minute move by Nicola's family to the east coast of Canada in September 2014 paved the path for Nicola to drive across the country, playing stages in Regina, Thunder Bay, Toronto and Nova Scotia.

Nicola Linde returned to the Mary Winspear Centre in May 2015 for a solo-acoustic performance, opening for Canadian hard rock band, Honeymoon Suite, whose hit singles span 4 decades, having reached Top 40 status in both Canada and the United States.

Status: On Hiatus
Available immediately for solo acoustic shows. Available with notice for full-band shows. - Last confirmed Jul. 26, 2019
Submit info on this band to our admins