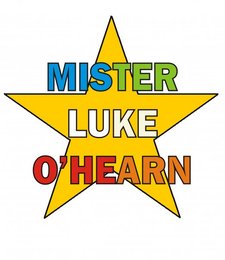 Mister Luke grew up in back alleys and on highways, sampling culture from all over Canada, until he finally settled down on Hornby Island in British Columbia. He now lives, works, and plays there part time, and uses Courtenay as his home base.

You can often find him behind the studio on Hornby, producing with Silas Crowe for NotaThought Productions, and if he's not there, you can always find him plugging away at Joe's Garage in Courtenay. When he's not doing that, chances are you can find him busking out his truth to everywhere.

..."I grew up on the street, moving from city to city, never staying anywhere too long, until Hornby Island found me. Playing guitars since i was 14, producing these last few years, and singing since i was born. In one way or another, music has become my culture. It's for love. It's for unity. Punx, Rastas, Buddhists, Christians....everyone."