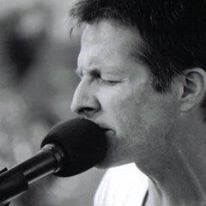 from Victoria BC
Instruments: Bass details

Michel Started to play bass when he was 13 years old and at age 15 started to play in local clubs around his home town of Levis across the St Lauence River from Quebec City. Moved to Montreal in 1981 after a 1.5 year stay in Staten Island NYC and and five years prior spent between Quebec City where he played with Spikes a Heavy Rock super group playing throughout the province of Quebec and also as a backup musician for French Canadian signer Frederic as a member of The Crowbars and Montreal where he played with local legends The Debutantes and as a member of the James Morison Blues Band.

So in Montreal in the Eighties he played with  The Gangsters of Love, Passion & Shakedown the later two being very successful Top 40 A­rooms bands traveling across Canada and playing 48 weeks average per years. Then after a relocation to Lac Megantic Qc. In the late 80's and being part of few musical projects he went on to work as a Sound Engineer and Road manager for Michael Rancourt a Quebec Impersonator and Jo Lechay a one woman Dancer, Signer from Montreal and toured The province, Canada & the United Kingdom.

Then In 1993 a need to change scenery and a forgotten dream to come to British Columbia brought him to the Comox Valley on Vancouver Island where he played with friends singner/ songwriter Judy Norbury and Johanna Finch with whom he formed a band called Actual Reality which also included signer/songwriter Whyatt Lamoureux, keyboardist/guitarist Maureen Maguire & drummer Tom Salter.

This is the time where Michel found his voice as a signer and his love for Worldbeat music. Then came the move to Victoria area in 1996 where he quickly hooked up with locaal band Inity where he met Guitarist Al Sabourin and in local jams nights they hooked up with drummer Wayne Summers which led to the core of a new Worldbeat ensemble Rainshadow with whom he played for about 5 years with various members coming and going and then he met Mike Lefebvre at a Latin Night seeion in a local cafe. A few months later he joined Mike, guitarist/signer Neil Atkinson and percusionist/drummer Jay Benett to form two different bands Staydog Savy playing cover and original Alternative Rock and Perros Libres playing a mix of Latin/Jazz/Flaminco instrumental originals and few covers. Michel also recorded some of his own material with friend Jay Benett on drum & percussions.

Now almost 8 years later and countless gigs after Perros Libres is still going under the Mike Lefebvre & Perros Libres banner still faithful to the Latin influenced Jazz Instrumental and they
recorded two CDs together the first is a studio album titled Look to the Sea featuring Mike, Jay, Michel, & Neil Atkinson on guitar. The second release is a live concert at Beklen's in Cadboro Bay and featured the present core of Perros libres Mike Lefebvre, Jay Benett & Michel Leclerc.