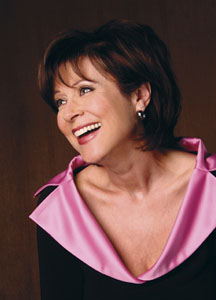 Melinda Whitaker
jazz@melindawhitaker.ca
Contact Info
Past Shows (10)
Melinda’s professional career began in Edmonton where she sang her own compositions with Tommy Banks on CBC television. When she returned to Vancouver, Melinda poured all of her creative energies into music, singing in jazz lounges six nights a week and making a second home for herself in local studios recording vocals for radio, television and film. In 2004, Melinda returned to the recording studio and produced The Touch of Your Lips, a collection of joyfully swinging standards as well as rich, textured
ballads. John MacArthur guitar, Ken Lister bass , James Hope drums
No audio samples have been linked to this profile.

Status: Unknown
- Last confirmed Dec. 28, 2011
Submit info on this band to our admins