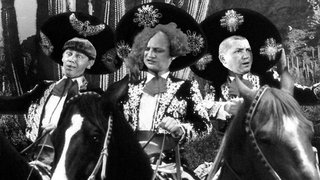 "Los Tres Chiflados were born when a star from the Andromeda galaxy was struck with the force of a nearby Hyper-Nova, sending a rouge-comet faster than light toward the Milky Way galaxy. The gravitational pull of the sun pulled it toward its solar system. At the time the planets were aligned in such a way the the comet headed straight for earth. It broke into three pieces while entering the atmosphere, then the three pieces all fell into different dormant volcanoes. Over millions of years the bacteria evolved, and the volcanoes became active again. They all erupted at the same time, and it increased the growth of the single celled organism, turning it into a human-looking...thing. It sent the three now human-looking creatures into Mexico, were they would reek chaos and Minutemen music for centuries to come...."
No audio samples have been linked to this profile. 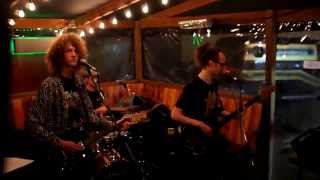 Double Nickels on the Dime performed by Los Tres Chiflados