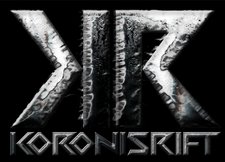 James Doe
jamesrdoe@msn.com
250-391-7511
Contact Info
Past Shows (2)
Began in November 2004 when the bassist Blaine Schykawy (actually a guitarist) started jamming with Andrew Nugent and Steve Carpenter formally of Radboy FX. Two weeks later Blaine's friend James Doe came out to play guitar. Blaine decided to play bass since he had one and was worried about blowing everyone away with his guitar skills. It took us ages to get our songs together and choose a name but in that time we have all improved and are finally ready for shows.
No audio samples have been linked to this profile.

Status: Broken Up
Broken up partly due to losing a member and partly because our Jam Space dried up. - Last confirmed Apr. 17, 2007
Submit info on this band to our admins