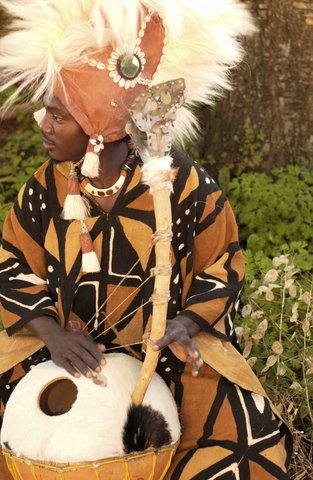 Kocassale Dioubate, from the Mandingo (or Malinke) tribe of Guinea, West Africa, is a descendant of his tribe’s ‘djeliba’ (also known as griots) – traditional story-tellers, entertainers, musicians, praise singers, counselors, and mediators: those who keep and preserve the tribe’s oral history and tradition, known to have deep connections to the spiritual, social, and political powers. Koca was born into this inherited lineage of arts and entertainment, as well as social skill, and has been playing and creating music, as well as dancing, since his early childhood, ever since he was old enough to walk.

Koca was named after his grandfather, Koca Bangora, who was a great musician and was part of the very first and internationally recognized national troupe of Guinea, Les Ballets Africains (Ballets Nationale de Guinee). Living up to his namesake, Koca grew up accompanying and playing with his father, Lansana Dioubate – a well-known djembefola (master drummer) and singer – at ceremonies and events all over Guinea. Under the guidance of these men, Koca learned to play and to build the traditional instruments of their tribe. He quickly became a djembefola himself, not only preserving and playing the traditional music of his tribe, but also creating and composing his own original music ever since a tender age.

Koca also spent several of his earlier years traveling extensively throughout Western Africa, performing and developing his musical career, as well as broadening his view and knowledge of different musical styles and traditions beyond his native Guinean heritage.

Since his arrival to Canada’s west coast in 2005, Koca has facilitated countless workshops for all different age groups, and performed innumerable shows, at hundreds of schools, communities, and festivals all over the country, as well as abroad, extensively touring the province of BC and beyond with his own group Kunda African Culture Music & Dance, as well as in collaboration with several other performance troupes.

With his exotic hand-made instruments, compelling rhythms, his fine and natural musical skills, and contagious smile, not to mention his dynamic, warm, and magnetic energy, Koca casts a magical musical spell, capturing the essence of his Malinke culture through its music, and taking his audiences on a cultural journey, which transports them straight to Africa. 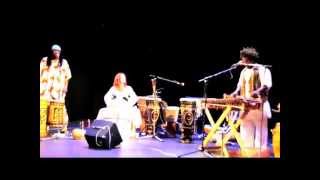