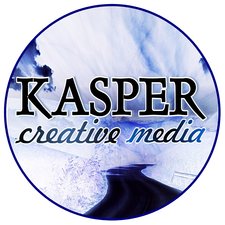 "Over the last 35 years of my musical career I have hired a number of publicists to promote my shows and CD releases. For my trio's 'Three Worlds' CD release events in Victoria BC, I used James Kasper of Kasper Creative Media. James wrote an excellent press release and was persistent with his media follow-up, resulting in articles and interviews with every single media source he contacted. I have never had that much success with any other publicist. I highly recommend Kasper Creative Media."
- Brad Prevedoros

“James Kasper is hard-working, professional, innovative, and a nice guy to boot. I will certainly be working with him again.”
- John Gogo

“Kasper Creative Media did a terrific job promoting our Swimming in a Hurricane CD release party. From designing an eye-catching poster to arranging interviews in prominent media outlets, they ensured we got great coverage and maximum exposure for our event. The end result was a packed house and a great opportunity to showcase our music.”
- Vernon Jones

“I like your negotiation style and your tenacity. You represent your musicians very well.” - Susan Feston

"James helped us with promotion for our CD Release party, and both meeting him in person and dealing with him business-wise demonstrated his ability to help us get the job done, as well as the fact that he is a super nice guy!" - The Sweet Lowdown

James Kasper is the Founding Producer of the Vancouver Island Music Awards, Blue Water Gun Records, and Kasper Creative Media. He was named "Hardest Working Person in Local Music" at the 2008 M Awards in Victoria.