Canadian mezzo-soprano Judith Forst has sung with most major opera companies throughout North America, including over 30 roles in 17 seasons with the New York Metropolitan Opera. She has also performed frequently with the San Francisco Opera, the Canadian Opera Company, Dallas Opera, New York City Opera, and the Vancouver Opera Association. Her European engagements have included performances in England, Germany, France, Spain, the Czech Republic and the Netherlands.

Ms Forst's most recent successes have included highly-acclaimed performances in Strauss's Arabella and Humperdinck's Hansel and Gretel at the Met, Kostelnicka in Janácek's Jenufa with the Prague National Opera; and Tschaikovsky's Pique Dame with the Canadian Opera.

In the last few years she has performed world premieres of Conrad Susa's Les Liaisons Dangereuses and Andre Previn's A Streetcar Named Desire with the San Francisco Opera, Valentino with the Washington (DC) Opera Company, and The Golden Ass at the Canadian Opera Company.

Her recent recording of Canadian works won the 2001 Juno Award for Best Classical Composition (for Oscar Morawetz for From the Diary of Anne Frank).

Ms. Forst will offer a master class for academy students and will be the distinguished Guest Artist in the July 8 Summer Vocal Academy Gala Concert. 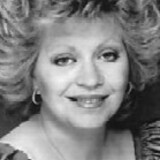