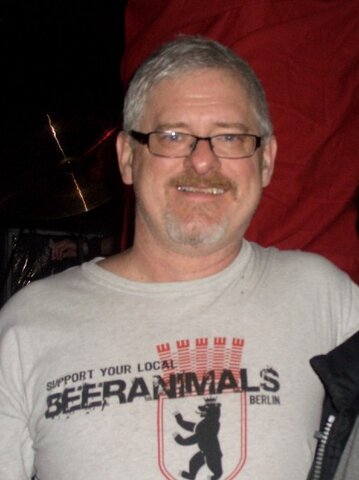 John Wright* (sometimes known as Mr. Right) (born 1962) is a Canadian musician and songwriter. He is best known as the drummer, keyboardist, occasional vocalist and co-songwriter in the progressive punk rock/punk jazz band NoMeansNo, as well as the lead singer and co-songwriter of the pop-punk group The Hanson Brothers. Both groups also feature Wright's older brother Rob and guitarist Tom Holliston. He has also performed in noted Canadian punk groups D.O.A., the Showbusiness Giants, and the Infamous Scientists. He is currently the songwriter and "musical director" for Compressorhead, a collaboration with Berlin-based artist Frank Barnes consisting of a "band" of robots that play real instruments.
Wright's distinct style of drumming utilizes traditional grip, an uncommon method for hard rock drummers, and fuses jazz, rock and punk techniques. His playing has been cited as an influence by several noted drummers, including Dave Grohl of Nirvana and the Foo Fighters, and Tim Solyan of Victims Family, and Plaid Retina. Nomeansno further emphasized the drumming in the live environment by positioning the drum kit near the front of the stage so that the audience may see a side view of the drummer. Wright confirmed that this was intentional:
There's no doubt that it's more exciting for audience to see what the drummer's doing and you feel more connected to the rhythm section that way. I mean that was standard set up in the old days – rock n' roll was the oddball that put the drummer in the back.
An avid home brewer of beer, he has filmed and released an instructional video detailing his recommended brewing process. This video is currently available on DVD packaged with the live Hanson Brothers record It's A Living. * Source:Wikipedia 2018 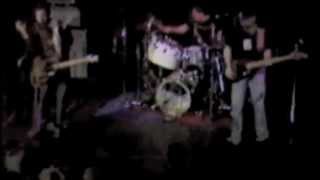