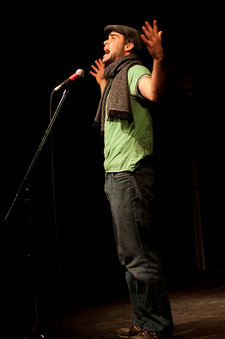 Event Photo Galleries (1)
Jeremy Loveday is an award winning Canadian performance poet whose work has sparked international debate and earned him a global following. He speaks his truth powerfully on topics such as gender violence, climate change, love, manhood, leadership, and spirituality.

Jeremy’s work has been featured on Upworthy, Huffington Post, CBC, and in Claudia; one of Brazil`s largest magazines. He founded the Victorious Voices Youth Arts Festival and is the founder and former mentor for Victoria`s Youth Poet Laureate project, the first of its kind in Canada. Jeremy is a veteran of the Canadian spoken word community and has been the Victoria poetry slam city champion 5 times.
Jeremy’s poem Masks Off- A Challenge to Men has been viewed over 1 million times, has been translated into 6 languages and been taught in university and high schools classrooms around the world. Masks Off – A Challenge to Men has also been used by major anti-violence campaigns.

Jeremy has been leading workshops on writing, performance, healthy masculinities, and spoken word for social change for the past 5 years. Jeremy currently serves as a Victoria City Councillor.
No audio samples have been linked to this profile.
No member roster has been entered (to link to musician profiles.) 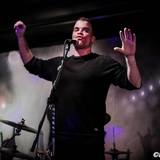