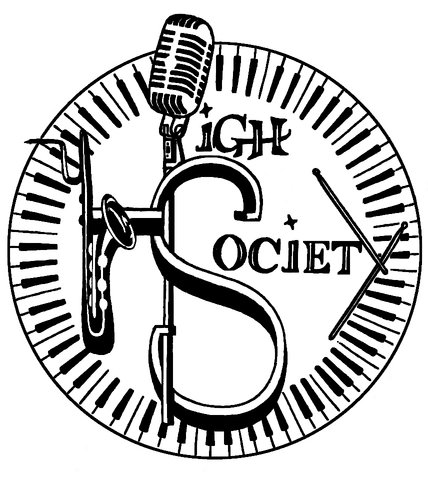 Ashton Sweet
highsocietymusic@hotmail.com
604-454-8308
Contact Info
Past Shows (32)
High Society is an unstoppable and dramatic rockin' Soul and Blues band, eager to fill your eyes and ears with euphoric excitement and inspiration.
Based out of Vancouver, B.C. the band's unique and contemporary take on old school performance has been heard in theaters, pubs, cafés, street corners and on the radio across Western Canada. They have been building a regional reputation for two and a half years playing a blend of R&B, Soul, Blues, Folk, Hip Hop, and Jazz. They released their first, self-titled album on June 22nd; recorded at CBC Studio 2 and Hipposonic Studios formerly Mushroom Records.
High Society is fronted by the incendiary Adam Farnsworth on keys/vocals alongside the beautiful, inimitable, Chelsea D.E. Johnson on Guitar/Vocals. Their solid rhythmic foundation is held down by Ashton Sweet on Baritone Saxophone, Tuba and various other wind instruments and Kenan Sungur on Drums, Upright Bass, and Vocals.
"Best live band in East Van right now, period. Welcome to church bitches!" - C.R. Avery
"Their face meltingly awesome first video; this will tickle the loins of your ears and tantalize the cockles of your eyes." - Shane Koyczan ["One Day" music video by Damian Kuehn]

Status: Unknown
- Last confirmed May. 1, 2014
Submit info on this band to our admins