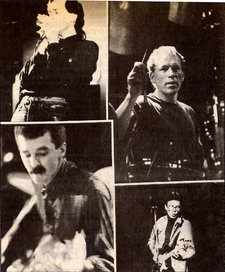 from Victoria BC
Broken Up - Confirmed: Feb. 9, 2012 (Archived)
HARRIS & THE HOTHEADS started out in 1990 with Bob Miron on bass, Bill Stewart on drums, and “Blue” Ray Luxembourg on lead guitar. Blue Ray dropped out in 1991 and Newman Corey took over. Bill Stewart was replaced on drums in 1994 by Gary “G-man”Thompson.
The band hosted Blues Jams for five years at Hermann’s Jazz Club, Steamer’s Pub, The Fernwood Inn and The Gorge Hotel and were regulars at Harpos. The band also headlined the First Night Celebrations (New Year’s Eve) in the inner harbor for three years.
In 1994 the band was “discovered”, at The Bear Pub in Sydney, B.C., by David Gordian, a movie producer who was visiting Victoria, scouting bands and locations for his upcoming movie. The band had just made it onto Radio Station 100.3 The “Q”’s Roctoria IV album, and the The “Q” referred the movie producer to HARRIS & THE HOTHEADS .
This introduction led to a soundtrack and appearance in the movie; SLEEPING WITH STRANGERS, (Columbia Pictures 1995), (with Karel Rossengh on keys), some radio airplay with the HARRIS penned blues/rock love song, STUCK ON YOU, (from ROCTORIA IV), , and numerous appearances at Blues and Jazz Festivals.
HARRIS & THE HOTHEADS opened shows for DOWNCHILD BLUES BAND, ROBBEN FORD, KATIE WEBSTER, and, don't forget...folksinger VALDY?
Harris left the band in 1996 to form HARRIS GILMORE & THE MIDNIGHT BAND. 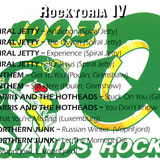 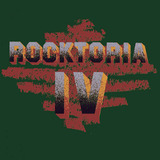 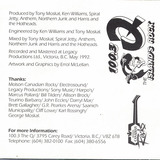 Status: Broken Up
- Last confirmed Feb. 9, 2012
Submit info on this band to our admins