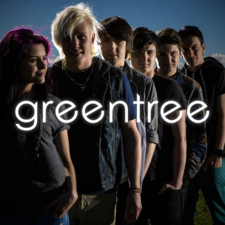 Jonathan Roy
greentreeband@gmail.com
Contact Info
Past Shows (13)
Combining upbeat pacing, three-part harmonies, and a touch of musical theatre, GreenTree's sound is not only unique, but highly engaging. With a ground-breaking debut EP release and a growing fan-base, GreenTree is rapidly distinguishing themselves as a force to be reckoned with.

Status: Unknown
We're just finishing our upcoming EP and are now available to play shows! - Last confirmed Aug. 2, 2013
Submit info on this band to our admins