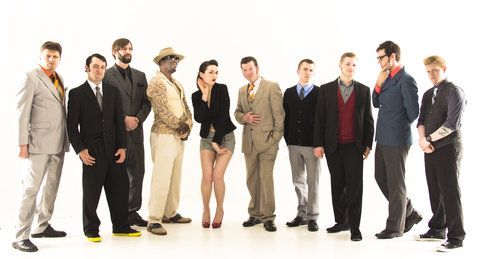 The Georgetown Orbits boast a heavy regimen of traditional Ska and upbeat Reggae. They have garnered much attention throughout the west coast as one of the few bands to pay tribute to the sounds of Jamaican Ska, a style which has gained notable popularity in Seattle since the band’s conception in late 2004.

The group has played with such prominent names as the Skatalites, Clinton Fearon, The English Beat, Bad Manners, The Toasters, The Aggrolites, Westbound Train, Chris Murray, Lynval Golding, and Pato Banton, and a west coast tour with New York’s legendary Ska group The Slackers.

The Orbits have gained international acclaim from fans of all genres for their soulful, quality style of Ska and Reggae music. Their energetic live shows have never failed to impress audiences throughout the western US and Canada.

View all tracks for this artist (3)
No member roster has been entered (to link to musician profiles.)
Status: Available for Shows/Gigs
- Last confirmed Apr. 28, 2015
Submit info on this band to our admins